It’s indisputable that Barack Obama severely weakened our military during his time in office. His administration treated our service members like a large-scale social experiment and many were hopeful that Donald Trump would turn the tide. But it seems like Obama’s shadow is still looming over our troops[1], even though he’s no longer in the White House. 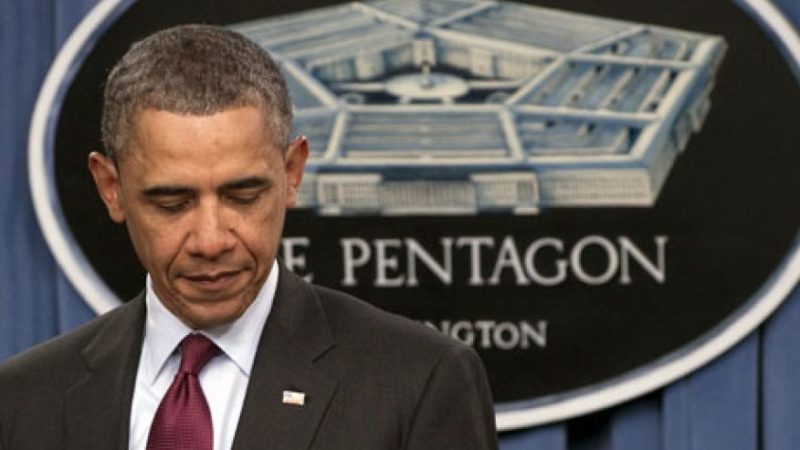 The Obama administration made climate change a huge priority for the Pentagon, pushing for more renewable energy sources in the military. And Trump’s military leaders don’t seem eager to change that.

Richard V. Spencer, Donald Trump’s nominee for Secretary of the Navy, spoke during his confirmation hearing before the Senate Armed Services Committee, which unanimously confirmed Spencer. “The Navy, from my briefings to date, is totally aware of rising water issues, storm issues, etc.,” Spencer said. “We must protect our infrastructure, and I will work hard to make sure we are keeping an eye on that because without the infrastructure, we lose readiness.”

The House has also been debating the National Defense Authorization Act for fiscal year 2018; the House Armed Services Committee recently passed an amendment from Rep. Jim Langevin, D-R.I. requiring the Department of Defense to determine which 10 military bases are most threatened by climate change, and for the Pentagon to list climate change as a “security risk.” This is despite the fact that multiple government audits have found that Obama’s renewable energy sources have not been efficient for the Department of Defense.

An amendment introduced by Republican Rep. Warren Davidson would eliminate a 2015 executive order by Barack Obama that required the military to meet emission reduction targets. But it’s not expected that many of Obama’s changes to the military will be rolled back.

“There are problems at the Pentagon and in Congress,” Myron Ebell said. Ebell served on Donald Trump’s transition team and is director for the Center for Energy and the Environment at the Competitive Enterprise Institute. “President Trump signed an executive order that got rid of some green energy programs at the Pentagon, but others are left in place.”

“The Pentagon has bought into climate change because it makes it politically more acceptable to people who wouldn’t normally like the Pentagon,” he continued. “Another reason is that it’s another means to enhance the portfolio and receive more funding, even if it’s not part of the essential mission.”

Are you worried that Obama is still influencing the military?