Israel may be our only ally in the Middle East, along with the only functioning democracy, but that doesn’t mean Obama won’t make sure his administration twists the knife in their back a little. In a shockingly petty move, the state department has cancelled all visa applications for Israelis… because they’re violent terrorists and all. Oh wait — that’s Hamas. 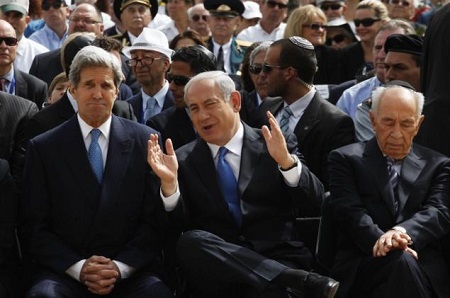 The US embassy in Tel Aviv has cancelled tourist visa applications for Israelis, according to a statement on its official website, in a move it claims is a matter of staffing and security.

“Due to the current security situation in Tel Aviv, U.S. Embassy Tel Aviv remains open but is operating at reduced staffing until further notice, and has canceled routine visa application processing and American Citizen services,” the statement says. “Emergencies involving an American citizen and visa applications will be considered on a case by case basis.”

The statement surfaces in the midst of both souring US-Israel relations and an already-pressured visa crisis, which has seen the visa process for Israelis grow more and more difficult over the past year.

So let’s get this straight: Obama can allow floods of illegal immigrants to parade around in the United States, even in front of the White House, and can permit our borders to be completely open, allowing terrorists to just stroll right on in. But Obama won’t allow citizens from our one ally in the Middle East to immigrate here legally? Sure, that makes perfect sense.