The only part of the GOP convention[1] I could stomach was Ted Cruz’s speech and we all know how that went. But I heard that the mother of Sean Smith gave a moving and tear jerking speech in honor of her son laying the blame where it belongs for his death in Benghazi… directly on Hillary Clinton and Barack Obama. Obama thought it was ‘strange’ and ‘outrageous’ that the mother of a veteran that he helped get murdered sadistically would say such things. Seriously? She has every right to tell the truth… to scream it from the rooftops and at the GOP convention. I support her 1000% percent. Hillary Clinton is a monster, but so is Barack Obama… and demons of a feather… Once again he shows that he doesn’t give a flying crap about the deaths of those men. 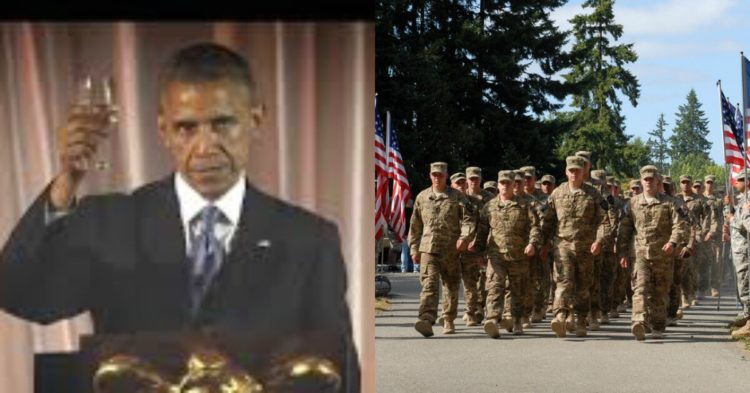 According to President Barack Obama, a convention that included a speech by Patricia Smith[3], mother of the U.S. Air Force veteran Sean Smith who died in the Benghazi terror attacks, was­ “strange and outrageous.”

Obama called “laughable” actor Clint Eastwood’s speech at the 2012 RNC where he lectured an empty chair as if he were speaking to the president, although the only laughable part was that it clearly went over his head. He then added:

“Given who they’re about to nominate for president, a stunt like that could rank pretty low on the list of strange and outrageous incidents we see this week in Cleveland.”

Smith gave a powerful speech that held Clinton accountable for the death of her son in the Sept. 11, 2012, Benghazi attacks — was that speech part of what Obama considered “strange and outrageous?”

Republicans have, and rightly so, used much of the convention to drive home Clinton’s incompetence and malfeasance. Obama claimed that Republicans will “drag her name through the mud, because that’s the only way they’ll convince anyone to vote for their nominee.”

So, according to Obama, holding Clinton accountable for the deaths of four Americans in Benghazi is “dragging her name through the mud.”

Patricia Smith deserves justice for the death of her son, just as the families of the others that died that fateful night do. Obama attacked her through a fundraising email. Typically crass and cowardly, this is how Obama has always tried to discredit those who tell the unvarnished truth about him and Clinton. The two of them have all but admitted to treasonous actions in Libya, but they feel that they will never be held to account. I wouldn’t be so sure about that. And when their day of judgement comes, I will probably write a post that shows how I feel about the event. Somehow, I just can’t be bothered to care, other than to celebrate the inevitable accounting that will be called due.