The bottom is finally starting to drop out of Obama’s poll numbers[1]. 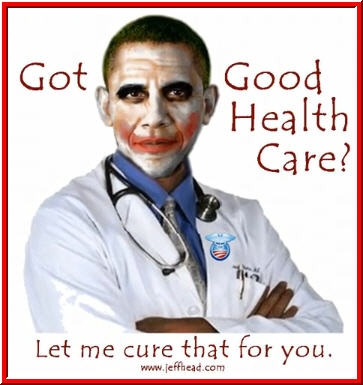 (4) Even as Obama’s ratings have slid over the last year, he almost always outpaces the GOP on major questions. Not anymore. On all four major issues polled, Americans now narrowly side with Congressional Republicans over the president. An astonishing shift: Boehner and company are +5 on the budget, +4 on the economy, and +1 on both immigration and healthcare.

(5) By more than a two-to-one margin, Americans say the law will make their own healthcare worse, not better. One-third say it will stay the same.

(6) Delaying the individual mandate tax now attracts the support of 73 percent of Americans, with just 20 percent opposed. Such an outcome would accelerate the law’s problems. What will Democrats do? By a two-to-one margin, Americans don’t believe the White House will meet its November 30 deadline to repair Healthcare.gov. The public splits evenly on the question of whether Obama “knowingly” lied about the law. But then…

(7) People no longer trust Obama in general. On the question of whether the president is “honest and trustworthy,” he’s crashed from (54/41) to (44/52) since October 1st. Perhaps this lie had something to do with that extraordinary erosion of confidence.

Obama’s numbers are plunging and there are many more hits to come from Obamacare and the scandals Republicans are likely to start investigating in earnest next summer. Obama may not be on the ticket again, but if his numbers stink, it will cream Democrats across the board. The lower Obama’s numbers go, the better things will be for the GOP in 2014 and 2016.