NIGHTMARE: Obama’s French Supporters Want Him For President – Encouraging Him To Run

Many Americans were happy to introduce a new President after eight years of former President Obama. Whether you liked him or not, you were probably glad it was over and a new face of the country was taking over. You didn’t expect the face to be orange, but that’s what happens when Democrats run their worst candidate in ages and lose because they’re so self-righteous that they expect to win everything.

Nope. Obama OUT and Trump IN! And thank goodness for that!

While Obama’s reign of the horses is over in the American stable, the residents of another country want Obama to run for THEIR president.

It’s a small group of “voters” in France who want Obama to become the French President[1]. I guess that won’t be the first time he’s been President in a place he wasn’t born!

Or maybe Obama wants to go back to the days where he was checking out some French ladies! 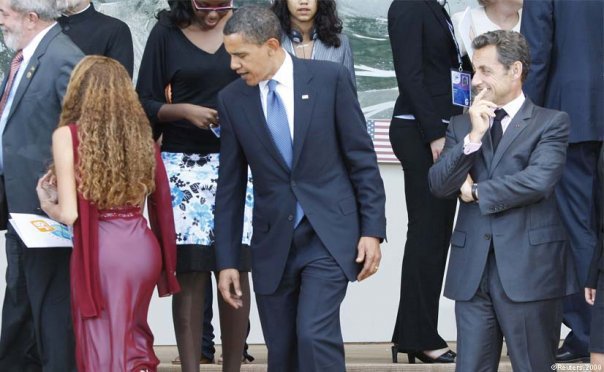 A group of voters in France is urging former President Obama to run in the French presidential election this spring.

“At a time when France is about to vote massively for the extreme right, we can still give a lesson of democracy to the planet by electing a French President, a foreigner,” the French website for “OBAMA17” reads, ABC News first reported on Thursday.

The group has reason to be worried. Right-wing politics have been sweeping across Europe. In the UK, the British people voted to leave the European Union shortly after elected a conservative government. In France and Germany, polls show that right-wing parties could be on the verge of stunning victories in this year’s elections.

The good thing about this news is that you CANNOT run for French President if you weren’t born there.

Sorry Obama, but you have to let a Frenchman do their duty.

You and Michelle can’t take an eight year vacation in their Presidential suite.

While I’m sure you can afford it on your own, you simply can’t run their towns and leech the taxpayers for fancy vacations like you sometimes did in America.

You’re still wondering if Obama was born in America, aren’t you?

I guess we won’t ever know.