It’s beyond ironic[1] that Obama is calling for a taller fence around the White House to keep invaders out, but he won’t secure our borders. Trump wasn’t going to let that one pass: “President Obama understands that you build strong, tall, beautiful walls to keep people out who don’t belong,” he wrote, sharing an article about the fence changes. “People who get permission can enter the White House LEGALLY!” This time I have to agree with Trump. If it’s good enough for the President, it should be good enough for America. 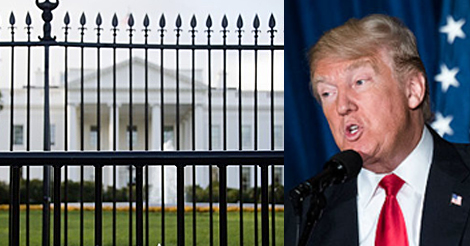 The Obama Administration has announced plans for a taller fence for the White House to deter the number of fence jumpers onto the property.

According to a briefing by Secret Service officials, the plan is to build a “taller, stronger” fence to protect the president.

The irony wasn’t lost on Donald Trump, who immediately trolled the White House, posting a sarcastic “message[3]” pointing out Obama’s hypocrisy on his Facebook page: 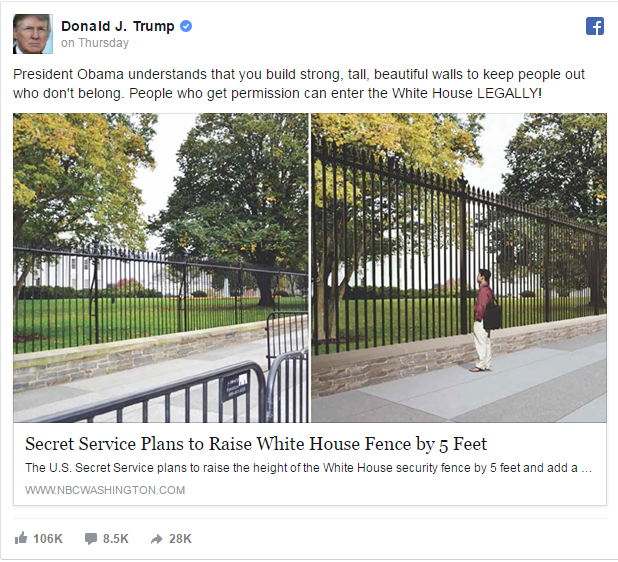 That was an opening the Trumpster just couldn’t resist. The White House fence will be raised from six feet to 11 feet and “anti-climb features” will be added. Taller gates and 1 and three-quarter-inch pickets will be added to the grounds. Tiny “pencil-point” spikes were added to the fence in 2015. “The current fence is simply not adequate for a modern era,” Dougherty said. The National Park Service is helping in the planning for the fence. A timeline for the improvements is not yet set, according to the briefing. The hypocrisy is strong with this one. Keeping Americans out while letting illegals in.