After Obama ATTACKS U.S. Eating Habits, White House Chef HUMILIATES Him For The World To See! 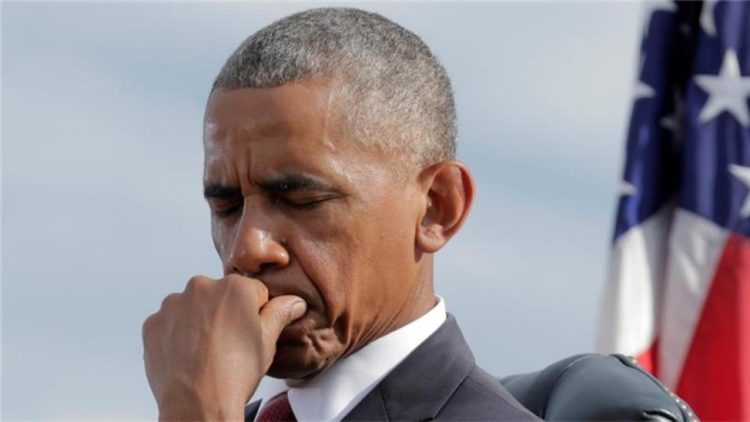 This week, former President Barack Obama was busy in Milan telling a food innovation summit that more people eating meat would cause a dramatic rise in climate-changing emissions.

As reported in Breitbart, the President said[2]:

“As people want to increase meat consumption, that in turn is spiking the growth of greenhouse emissions coming out of the agricultural sector,” Obama said, pointing to countries that were consuming more meat.

While everyone else is busy with Trump’s two scoops of ice cream, what really turned interesting was the brief argument that erupted between Obama and his former chef, Sam Kass, who had spent almost 10 years cooking for him.

Obama helpfully let the crowd know that he’s both smarter and more environmentally conscious than them:

“People aren’t as familiar with the impact of cows and methane,” Obama said, adding that “as people want to increase more meat consumption, that in turn is spiking the growth of greenhouse emissions coming out of the agricultural sectors.”

The amount of cows, Obama explained, were contributing to global pollution, alluding to the amounts of methane gas emissions from cow herds.

“No matter what, we are going to see an increase in meat consumption,” Obama said, pointing to developing economies in China, India, Indonesia, and Vietnam. More advanced countries, Obama said, would have to teach people to “have a smaller steak” and explore reductions to their meat consumption.

“What it does mean is that we’re also going to have to find ways to produce protein in a more efficient way,” he said.

Al Gore spent years talking about cow farts, now Obama is going to be spending the next few years on the same subject. Great. I knew I smelled something.

Anyway, as his lecture went on, Chef Kass told the audience that he had probably cooked “thousands of steaks” for Obama before Obama interrupted him and said, “I don’t think, thousands.”

“Well hundreds maybe,” came the response from Kass, pointing out that he’s cooked for Obama for a decade.

In the end, Obama did admit that he’s not a vegetarian by any means, but helpfully added that he still “respects vegetarians.

So, you believe that eating cows will destroy civilization, but you refuse to give up eating them? What other conclusion am I supposed to draw here?

In John Hawkins’ new book, ‘101 Things All Young Adults Should Know’, he teaches in number 10 that People are what they are and probably are not going to change much once they reach adulthood. For Obama, that means he’ll only ever expect you to change.