Remember when Barack Obama made plans to bring in a whole bunch of refugees and expand social programs to help them out while veterans starved in the streets? Yea, I am already pissed at the POTUS for his ignorance of the needs of Americans, but taking in all these refugees just screams inept incompetence[1]: 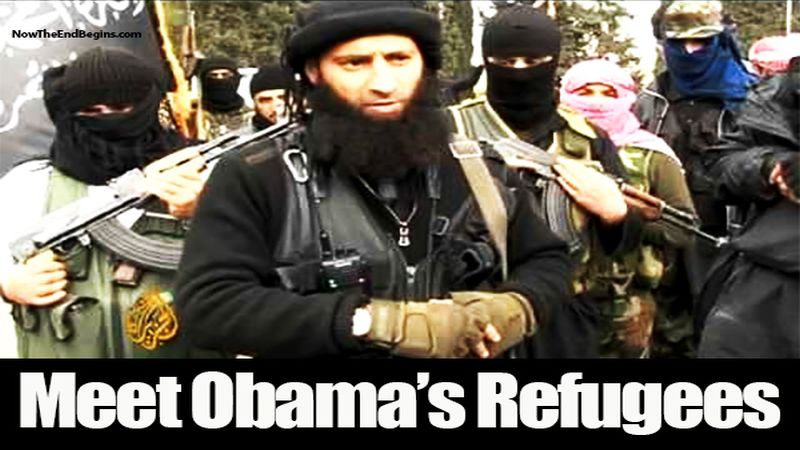 At the start of the fiscal year on Oct. 1, President Barack Obama’s administration began importing approximately 10,000 Syrian refugees into the United States.

But this Tuesday, according to CNS News, Homeland Security Secretary Jeh Johnson said something absolutely horrifying about the vetting process for this refugee program.

“We’ve gotten better at that over the last couple years,” he said at the Association of the United States Army annual conference in Washington, “but it is a time-consuming process, and one of the challenges we will have is that we’re not going to know a whole lot about the individual refugees that come forward from the U.N. High Commission on Refugees for Resettlement and Vetting.”

It does not help that, according to our own reporting, the government plans to speed up the immigration process for these 10,000 refugees. The usual two-year vetting period will be reduced to a matter of months and maybe even weeks.

Furthermore, Obama plans to increase this 10,000 number to 30,000 for fiscal year 2017, and the vast majority of these refugees will be Muslims. Apparently, Obama cares little about the Christians being persecuted in Syria.

These refugees represent just 12.5 percent of the total 80,000 refugees who are expected to waltz into the United States this year — not many of whom the feds will “know a whole lot” about.

We also have hundreds of thousands of illegal immigrants crossing into America through our southern border — and Barack Obama wants to hand all of them de facto legal status.

It’s the height of incompetence, but in Obama’s world, it’s just another day.

This is just stupid. I am all for humanitarian efforts, but the reality is that we need to start that at home. There is no reason for us to help any other part of the world out when we have veterans sleeping outside without anything to eat. Catch a clue, Obama, you are not part of the solution.