President Obama appeared in an interview with Jon Stewart of The Daily Show Tuesday saying the tea party-targeting scandal was actually Congress‘ fault for passing “a crummy law” and that the real problem is the agency doesn’t have enough money.[1] Or maybe, they are managed by morons. Same thing, right? 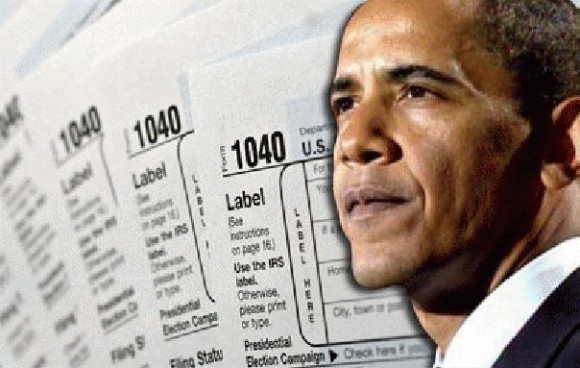 Mr. Obama, who has overseen a series of scandals at the IRS, the Veterans Administration, the Bureau of Alcohol, Tobacco, Firearms and Explosives and now the Office of Personnel Management, was asked why government didn’t seem to be working on his watch.

But the president said he’s not to blame, using the IRS as an example of how what went wrong wasn’t his fault, and questioning whether tea party groups were ever targeted.

The IRS‘ internal auditor concluded that the agency did, in fact, target conservative and tea party groups for intrusive scrutiny, and Mr. Obama’s own Justice Department is still conducting a criminal investigation into the targeting.

Mr. Obama, though, disputed that version Tuesday, according to the pool reporter traveling with the president.

Mr. Obama said Congress “passed a crummy law” that provided vague guidance to the people who worked at the IRS. And he said that employees implemented the law “poorly and stupidly.”

The president went on to say that the “real scandal around the IRS is that they have been so poorly funded that they cannot go after these folks who are deliberately avoiding tax payments.”

Congress, prodded by Republican leaders, has sliced money from the IRS, saying it’s punishment for wasteful spending and for the targeting scandal.

Of course, Obama has asked for a giant boost for funding for these incompetent fools, that claim that the cuts affected the ability to take taxpayers’ calls during tax season. Even before any cuts were ever introduced, there was no getting a hold of the IRS, so I am not sure what these clowns mean.

Don’t worry, the funding requests include plenty of padding for investigations into more conservative groups.