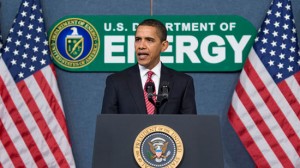 [1]Just last year Obama was telling America how “green” energy technology was the guaranteed pathway to energy security and independence:

“The future is here. We are poised to transform the ways we power our homes and our cars and our businesses”.

He said America risked falling behind the rest of the world in the design, production and implementation of renewable or “green” technology.:  The nation he most often cited as the example for America’s green energy development to follow was Spain.

Spain announced on April 7, 2012 that they would halt all new renewable energy and co-generation projects.:  Spain’s unemployment is running at more than 24%.:  Every job created in Spain’s “green” energy sector cost 2.2 private sector jobs.

As recently as January, Spain’s Prime Minister Mariano Rajoy was making the campaign promise that he would not raise taxes.:  This week he admitted that there would be a new Spanish VAT hike ranging between 18% and 21% and that budgets for local communities would have to be slashed.

“I said I would lower taxes and I am actually raising them. Circumstances change and I have to adapt to them.:  The excesses of the past are being paid for right now” Rajoy said.

Thousands of people joined in a protest and marched in Madrid to support miners, who have been fighting against major cuts to industry subsidies.: :  Protesters supporting the miners threw objects at riot police, including fireworks, bottles and stones.:  Police officers charged demonstrators and fired rubber bullets.:  Five people were arrested and three people suffered minor injuries.

That is Obama’s grand vision for America?

Since Obama took office in January 2009, five million “green” jobs were promised, and as of 2010 225,000 had been created.:  80% of the green loans, loan guarantees, and grants given out by Department of Energy went to Obama backers:

-SunPower, after receiving $1.5 billion from DOE, is reorganizing, cutting jobs.

-Solyndra, after receiving $535 million from DOE, filed for bankruptcy protection.

-Ener1, after receiving $118.5 million from DOE, filed for bankruptcy protection.

-Evergreen Solar, after receiving millions of dollars from the state of Massachusetts, filed for bankruptcy protection.

-Amonix, after receiving $5.9 million from DOE, filed for bankruptcy protection.

-A123 Systems, after receiving $279 million from DOE, shipped some bad batteries and is barely operating. It cut jobs.

-Solar Trust for America, after receiving a $2.1-billion loan guarantee from DOE, filed for bankruptcy protection.

If this all sounds eerily familiar, it should.

Especially the part about how an elected politician is breaking a campaign promise to not raise taxes.:  Obama said he would lower taxes and is actually raising them.: :  He will claim that circumstances change and American have to adapt to them.

One similarity is inescapable.:  The excesses of the past are going to have to be paid.:  Thanks to the failed presidency of Obama, those excesses have grown disproportionately larger.