Apologizing for America’s greatness is what Obama does best, but the next apology he has planned may be taking it too far. Obama will be visiting Hiroshima soon, and apparently, he plans to apologize for America’s ending of World War II. 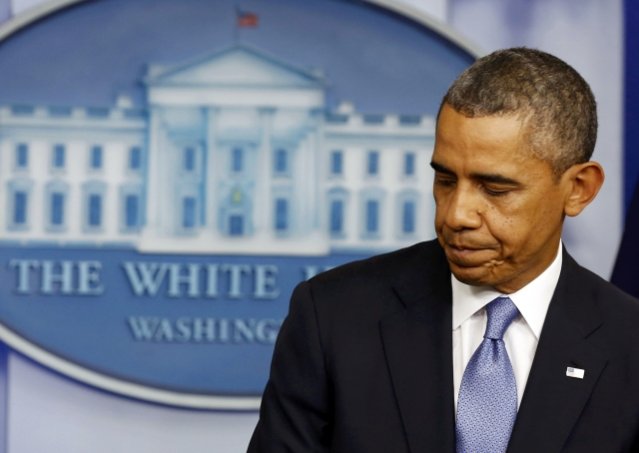 President Barack Obama may visit Hiroshima during his final visit to Japan next month, the White House indicated today.

The president would like to see the world rid of nuclear weapons, his spokesman said today, and ‘symbolically’ there’s probably ‘no more powerful illustration of that commitment than the city that contained the victims of the first use of that weapon.

If he doesn’t make the side trip it won’t be because of pressure from within the United States not to apologize for the war-ending bomb that killed 140,000 people in 1945, White House Press Secretary Josh Earnest said.

‘It’s not’ a factor, Earnest told reporters this afternoon as he defended the president from the type of criticism that Republicans are sure to eschew if he goes and offers some sort of apology for America’s actions during World War II.

Obama has spoken about the ‘debt of gratitude that all Americans owe to the greatest generation of Americans,’ Earnest said.

‘The president will be focused on the policy considerations, and whatever decision he makes and whatever policy decision the administration makes will be consistent with the president’s strong view about the bravery, courage and heroism of those Americans who fought and won WWII thereby securing the liberty and freedom not just of the United States but of human beings around the world.’

Yes, he respects them so much that he’s going to go and apologize for their heroism and bravery. Dropping the atomic bomb was a difficult decision and yes, it caused many, many deaths… but it also prevented the deaths of millions more. Would Obama have preferred that those millions died? Would that suit his narrative better?