Obama Discusses the ‘True Meaning of Christmas’… Forgets Something MAJOR

You’d think the meaning of Christmas would be pretty hard to miss, considering it’s right there in the name and all. But somehow, Obama did just that. 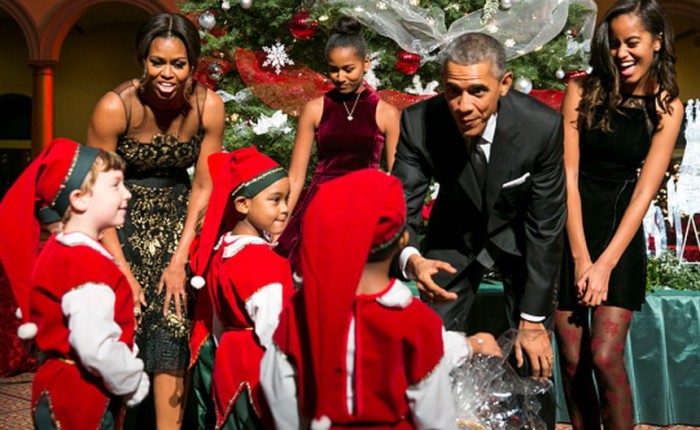 “We want to wish a happy 50th anniversary to one of our country’s most beloved traditions, ‘A Charlie Brown Christmas,” President Obama said.

Michelle Obama followed that up by noting that the beloved characters in the holiday special have helped bring people together for a half century to “teach us the true meaning of Christmas.”

“They teach us that tiny trees just need a little love and that on this holiday we celebrate peace on Earth and good will toward all,” President Obama continued, with Michelle Obama adding, “Because — as Linus knows — that’s what Christmas is all about.”

Nazworth pointed out that the president and first lady didn’t note the fact that Christmas is specifically about Jesus’ birthday.

“The Luke passage and Linus speech does mention ‘peace on Earth and good will toward men,’” he wrote. “But that passage is not the answer to the question of the true meaning of Christmas.”

The reporter went on to provide a transcript from the Linus scene in which Charlie Brown says he really doesn’t “know what Christmas is all about” amid frustration over his tiny tree.

That’s when Linus responds by reciting Luke 2:8-14, concluding with, “That’s what Christmas is all about, Charlie Brown.”

Of course, Obama has never really been big on that whole Jesus thing to begin with. He doesn’t worship in churches that praise Jesus, remember? His churches denigrate and attack America, which shows you a lot about what his beliefs really are.