What a shallow buffoon this man is.[1] Obama was interviewed by GQ and made a big deal about his two girls, especially Malia. Girls who he has not spent a whole bunch of time with as they were growing up. They spend more time with their mother than with him. There is a lot of hate and resentment in that family. Their actions and body language scream it. Obama says he doesn’t like it when boys look at his daughters. That may be true, but I doubt he’s around much to notice. His daughters strike me as sullen brats who feel superior and entitled. ISIS is setting the world on fire and people are dying all over the place and what does this jerk go on about? His daughters’ dating and social media habits. Oh, and of course… golf. 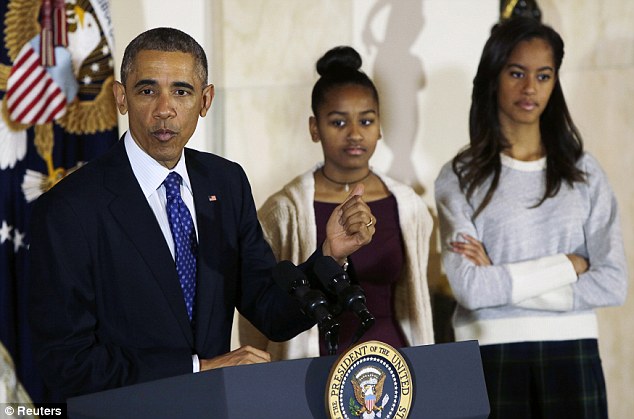 While he may be the most powerful man in the world, like most parents of teenagers, President Obama says he feels pretty unimportant in his daughters’ eyes.

The Commander in Chief talked about losing the attention of his daughters, 17-year-old Malia and 14-year-old Sasha, during a recent interview with GQ[3], saying his two girls ‘have no interest’ in him and have become so busy that there’s little room for father-daughter time.

‘It’s not an active disdain for you. It’s just their calendars start filling up and they’ve got all these friends who are much more interesting,’ the president said.

Obama says he yearns for the days around the beginning of his presidency, when his girls were younger and still considered him one of their buddies.

‘The golden age is between, say, 6, 7, and 12, and they’re your buddies and they just want to hang out. And after that, they will love you, but they don’t have that much time for you,’ the president said.

The president also seemed a bit disappointed when interviewer Bill Simmons (founder of ESPN’s now defunct Grantland) asked him how many times he has had to tell his daughters to stop Googling him.

‘I don’t have to tell them that. They have no interest in me. I mean, they’re hopefully interested in me as a father,’ Obama said.

One of the other aspects of raising teenage daughters is dealing with all of their potential suitors. While he says no boys have come to the White House to pick Malia up for a date yet, he said he’s seem some young men giving her looks ‘that made me not happy’.

However, the president says getting the chance to see them grow up into young ladies with ideas and opinions of their own has been worth the distance.

‘Nothing beats watching your children become smarter and cooler than you are. And you suddenly will hear them say something or make a joke or have an insight and you go, “Wow. I didn’t think of that.”

Social media is one subject Obama says his girls are much more comfortable with than him, calling them ‘complete ninjas’ on the phone.

The White House recently started a digital team, but he says that he should have integrated social media into the administration much earlier and sees it as a lesson.

In the interview, the president also spoke about his dream of owning an NBA team, how he relieves stress on the White House’s virtual golf course and how he would have loved campaigning against Donald Trump.

When talking about possibilities for his post-presidency life, Obama, a former law professor, says he doesn’t have the temperament to be a Supreme Court justice but thinks he’d ‘suited’ to be commissioner of the NBA and would ‘absolutely’ love to own his own team.

As for wife Michelle, Obama said he wouldn’t be opposed to her having her own talk time show.

‘If that’s what she wants to do, I’m okay with her making a whole lot of money. There’s nothing wrong with that,’ he said.

The president also talked about the way he unwinds after a day of work, confirming that he has a virtual driving range in the White House that allows him to practice his game by hitting whiffle balls against a projector screen.

He confessed that his ‘guilty pleasure’ TV show is the Golf Channel’s competition show The Big Break, but says he also enjoys the more high-brow Game of Thrones.

When asked which character he would match to Donald Trump on the show, Obama said: ‘I don’t think any of them rise to that level’.

But he admits that he would have had ‘enjoyed’ campaigning against the Republican real estate mogul.

As he ends his penultimate year in the White House, Simmons asked Obama what he’s going to miss most about the presidency, and Obama said the ‘clear answer’ is Air Force One, which he calls ‘an amazing plane with an amazing crew’.

‘They clear out airspace so you don’t have to wait. And you land anytime, you leave anytime. But it may be Marine One, because even post presidency, I may be able to round up a private plane sometime, but it’s tough not to have your helicopter waiting for you.’

Boy, Obama wouldn’t mind Mooch making a whole bunch of money. Yep, more money for elitist Marxists, but not for hard working Americans. And how telling it is that Obama will miss Air Force and Marine One the most when he leaves office. He will miss his beloved helicopter. That says a lot, doesn’t it? By the way, if he would have run against Donald Trump, he would have gotten his butt royally whipped out there. He doesn’t have the spine, the intellect or the character to even be on the same stage with someone like Donald Trump or Ted Cruz. Don’t make me laugh. I still say I wouldn’t be surprised to see Obama wind up at the UN. He loves wealth and power. I doubt he’ll ever go away willingly. Ever. 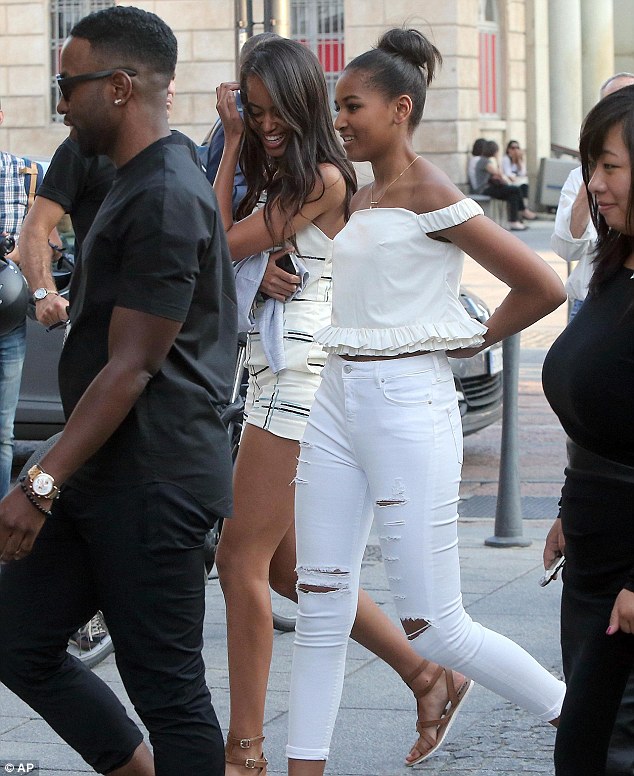 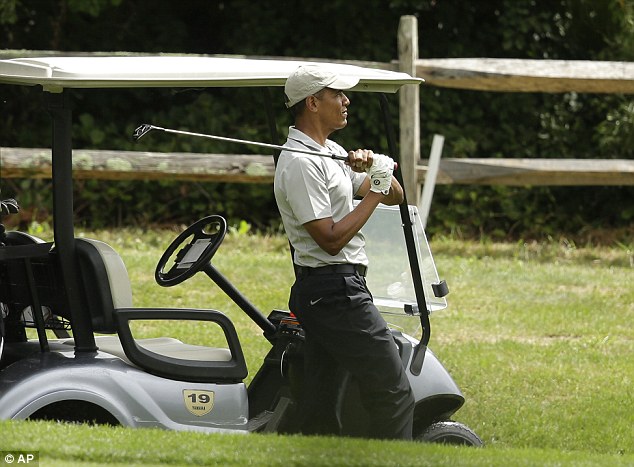 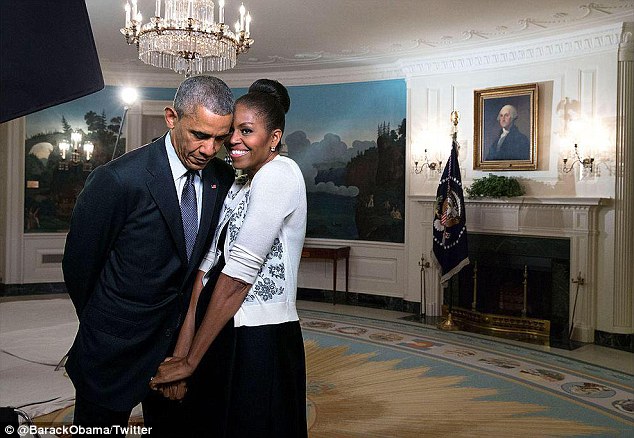