Obama Is Exposed! Look Who He’s Hanging Out With Now…

Barack Obama and his liberals love to demonize capitalism and especially, Wall Street. But now that Obama is out of the Oval Office, he needs a new way to make money. And suddenly, Obama doesn’t have such a problem with Wall Street anymore[1]. 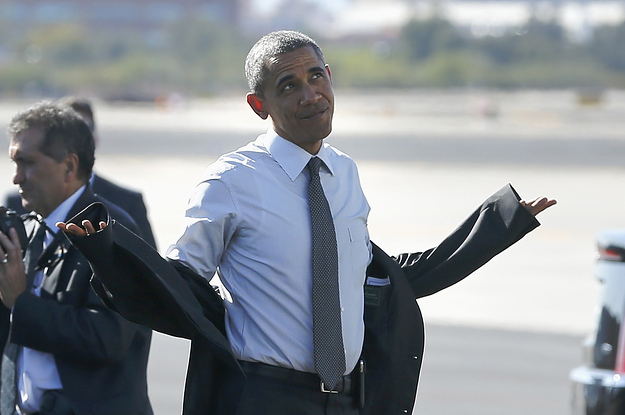 Obama will be raking in a whopping $400,000 to give a speech for Cantor Fitzgerald, a New York City-based financial services firm. They are organizing a health care conference, and want Obama as their keynote speaker, thanks to the Affordable Care Act — Obamacare.

This comes at a strange time, considering that Obama’s successor, Donald Trump, is looking to either repeal or replace Obamacare, promising to “ease the burden.” Obama, for his part, has been mostly silent since Trump’s election and the speech on Wall Street will be his first foray into the paid speaking circuit.

So which is it, Obama? Is Wall Street horrible? Do one-percenters deserve to be punished for their success? Or was all of that just an act to keep liberals happy and docile?

This kind of hypocrisy is, unfortunately, typical among those on the left. Bernie Sanders, for example, is a socialist who claims to believe in wealth redistribution, yet owns multiple homes, including a lake house he just built in Vermont. Elizabeth Warren complains about the high cost of upper education, but charges hundreds of thousands of dollars to teach one college class. Obama is just following in their footsteps, right?

In John Hawkins’ new book, ‘101 Things All Young Adults Should Know’, he teaches in chapter 10 that people are what they are and probably are not going to change much once they reach adulthood.

This easily applies to Obama and his fellow liberals, too. Once a hypocrite, always a hypocrite.