Obama made two promises[1] to Congress to get them to go along with dismantling nuclear sanctions and they were just dumb enough to believe him yet again. First, the Administration would stand strong on use of other sanctions that would punish Iran for its terror promotion, ballistic-missile development and related aggression. The second promise was that Iran would continue to be banned from the US financial system. Obama lied about both of those. Iran keeps threatening to walk away from the agreement if Obama imposes sanctions, so he is not imposing them out of the laughable reasoning that it would endanger national security. Wrap your head around that one for a moment. Better use duct tape. Obama is now preparing to give Iran access to our financial system as well. This is so very treasonous. 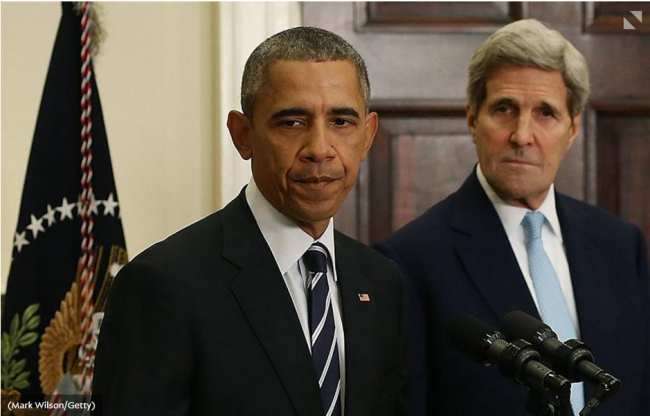 President Obama and his subordinates blatantly lied to Congress in order win approval — or, more accurately, to escape disapproval — of his Iran nuclear deal. At a time when jihadist mass-murder attacks are surging, and when Syrian-regime war crimes are abetted by Iran’s jihadist armed forces (which include Hezbollah and the Quds Force, both formally designated terrorist organizations), Obama’s deal infuses Iran, the world’s leading state sponsor of terrorism and an unapologetic enemy of the United States, with over $100 billion in sanctions relief . . . some slice of which, the Obama administration admits, will be diverted to terrorism.

This is old news, of course. Yet, it is worth repeating, for two reasons.

First, these are impeachable offenses of the first order. As I recounted in Faithless Execution[3], the Framers of our Constitution counted presidential dishonesty in dealings with Congress and presidential concealment of dealings with foreign powers as among the most egregious high crimes and misdemeanors.

Second, Obama is doing it again.

Per the National Review: The scheme would start out small at first: Currency conversion into dollars would be permitted in the intermediary steps of commercial transactions with Iranian entities as long as Iranian banks were not involved and American dollars were not directly exchanged for Iranian rials. Even this step, however, is an outrageous betrayal of repeated assurances that White House, State and Treasury officials gave Congress while the Iran deal was being negotiated. Furthermore, it would begin an inevitable and rapid progression to full-blown Iranian participation in our markets, effectively co-opting American commerce for the purpose of legitimizing the regime and its nefarious activities… i.e. terrorism. Congress can stop this and Obama should be impeached immediately over it. We cannot wait until the election over this… it’s that serious.