Officials said Monday that the Obama administration– in its waning hours– defied Republican opposition and quietly released $221 million to the Palestinian Authority that GOP members of Congress had been blocking.

A State Department official and several congressional aides told The Associated Press that the outgoing administration formally notified Congress it would spend the money Friday morning. …

Congressional holds are generally respected by the executive branch but are not legally binding after funds have been allocated.

A real country has to make some effort to sustain itself economically. But the so-called “occupied territories” are not a real country. They can devote themselves entirely to terrorism, thanks to free money provided by sympathetic moonbats like Obama.

Between this and his support for the appalling U.N. resolution demanding a halt to Israeli construction, even in Jerusalem, Obama certainly left us with no doubt as to which side he favors. Until recently, only 65% of Jewish Israelis saw Obama as pro-Palestinian. Now the other one-third of the population can take their blinders off. 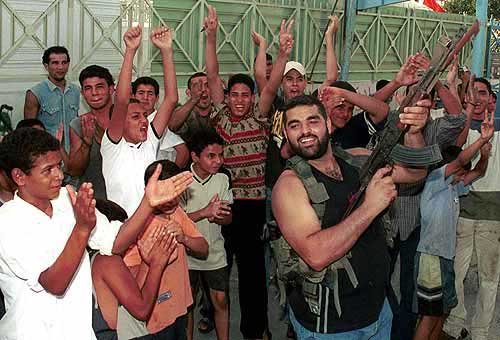 On tips from Dragon’s Lair and Byron. Cross-posted at Moonbattery.