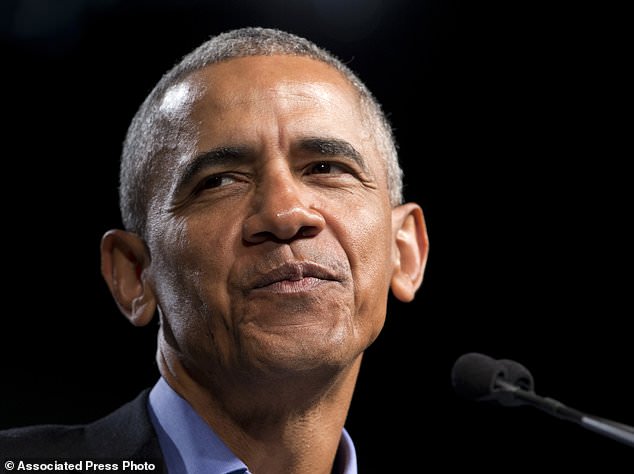 Former Presidents generally retire and stay retired, participating only in charities and never getting involved in politics. After four or eight years dominating the headlines, it’s nice for the rest of us to never have to hear from them again and by all rights they should be enjoying their retirement after having the most stressful job in the world.

But no, former President Barack “My love rich and plentiful[2]“ Obama is back out there, this time getting involved in state-level politics in Virginia and New Jersey.

This week he asked Democrats to reject the politics of “division” and “fear,” which I can assume became the norm in politics during his eight years running the show. In Virginia, he said:

Why are we deliberately trying to misunderstand each other, and be cruel to each other and put each other down? That’s not who we are.”

First of all, this is a terrible speech. You’re supposed to be a leader and you’re asking questions to the air instead of telling the crowd what’s what. He could’ve quoted old school Democratic progressive Adlai Stevenson by saying, “When you fling mud, you lose ground,” but I think it’s safe to say now that Obama is not a creative public speaker.

This week marks the first time that Obama has really re-entered public life since leaving the Oval Office and to the dismay of many, he did not mention Trump at all in his recent speech in support of Democratic candidate for Governor Phil Murphy at a hotel in Newark, or at the Richmond convention center for Democratic Lt. Gov. Ralph Northam, defending his seat in the November 2018 election.

Fox News, for one, are saying that it’s an insult towards Trump for not even naming the man who is currently running the show.

On the same day, President George W. Bush also re-entered politics warning about conspiracy theories and “nativism,” and presumably still believing that Jeb Bush has a path to victory even now.

Not to be outdone, Barack “A young white woman resting her head on his arm[3]“ Obama, who was raised by his white grandparents in Hawaii, complained about racial politics, saying that despite being “the first black president,” he is also related to Confederate President Jefferson Davis, who must be “spinning in his grave” to think that he’s related to a black President. So classy! Being happy to tell an audience that your distant relative is probably really angry that he’s related to a black guy. Obama, you’re the reason “racial politics” won’t die.

One supporter in the audience said that he was inspired and that it was “great to see him again,” calling him an energizer.

Here’s a one minute video from Fox News showing some recent footage of Obama.