Obama: The ISIS Beheadings “Represent No Faith, Least of All the Muslim Faith”

The world is shocked and horrified to learn that Islamic terrorists have beheaded another person. But our Dear Leader responded in the way that only he can, making sure to offer a valiant defense of Islam, rather than with outrage and anger as is appropriate. 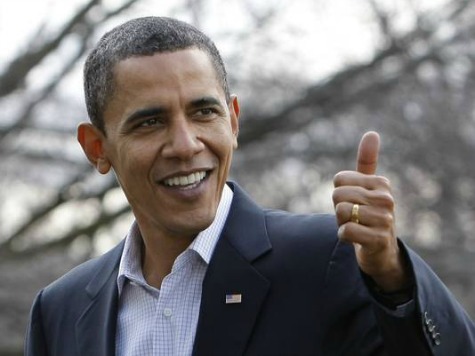 Returning from his trip to Asia, President Obama issued a statement reacting to the beheading of U.S. aid worker Peter Kassig by Islamic State (ISIS/ISIL) terrorists.

Kassig, a convert to Islam, took the name Abdul-Rahman and was captured and held hostage by members of ISIS a year ago.

“ISIL’s actions represent no faith, least of all the Muslim faith which Abdul-Rahman adopted as his own,” Obama wrote. “Today we grieve together, yet we also recall that the indomitable spirit of goodness and perseverance that burned so brightly in Abdul-Rahman Kassig, and which binds humanity together, ultimately is the light that will prevail over the darkness of ISIL.”

Yes, Obama, way to go on defending the religion of peace, as its participants behead people left and right and commit countless atrocities all around the world. Is he willfully ignorant because he is invested in defending Muslims at the expense of Americans, or is he just stupid?