Obama Kills the Keystone Pipeline: “We need to keep some fossil fuel in the ground.”

Obama announced today[1] that he would officially kill the Keystone XL pipeline. He claims it is not in the best interests of the US, even though he supported it three years ago. This is a victory for environmentalists who campaigned against the project for more than seven years. Obama based his decision on the recommendation of John Kerry. Way to go John… you just screwed Canada and America in one fell swoop. You nixed jobs and the opportunity for us to provide for more of our own energy needs. If it’s good for America, Kerry and Obama are against it. The denial of TransCanada Corp’s more than 800,000 barrels per day project will make it more difficult for producers to develop the province of Alberta’s oil sands. But it will make the US look greener and give Obama a stronger hand at the global climate talks that start in Paris on Nov. 30th. Countries in attendance will aim to reach a deal to slow global warming and line their pockets. 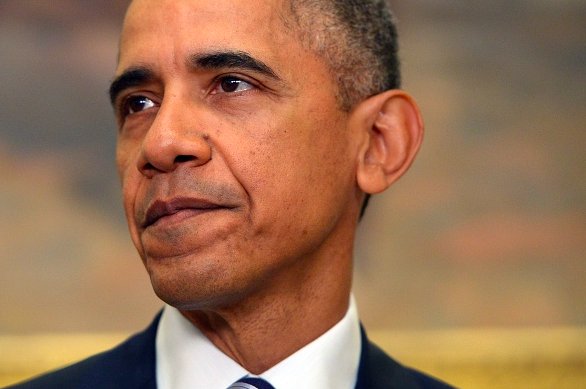 “The State Department determined the Keystone pipeline would not serve the national interest of the United States and I agree with that decision,” Obama at the White House Friday.

The announcement comes after a seven-year review by the State Department.

“Shipping more dirty crude oil into our country will not increase our energy security,” Obama said.

While discussing the upcoming climate talks in Paris, he added, ”If we want to keep this plant from becoming not only inhospitable but uninhabitable, we need to keep some fossil fuel in the ground.”

Obama also insisted the pipeline would not reduce gas prices.

Proponents of the pipeline argued that it could have created hundreds of thousands of U.S. jobs directly and indirectly. Opponents in the environmental lobby expressed concern that it would harm the environment. Obama said that both prospects were overstated.

“If Congress is serious about creating jobs, this is not the way to do it,” Obama said.

Congress passed a bill, which Obama vetoed[3] in February, that would have extended the pipeline.

Senate Majority Leader Mitch McConnell said he was not surprised by Obama’s decision, but said he would not give up on pushing the pipeline.

“It’s become painfully clear that the president is more interested in appeasing deep-pocketed special interests and extremists than helping tens of thousands of Americans who could have benefited from Keystone’s good jobs,” McConnell said in a statement. “Given this project’s importance to North American energy independence, the question still remains not if but when Keystone will be built. Republicans have no intention of giving up on common-sense jobs ideas like Keystone. Our nation’s long-term need for the energy and jobs Keystone would provide will certainly outlast the little over a year remaining in the term of the current Administration.”

Obama is pandering to extremists and in doing so is irreparably harming the United States. He has a year left in which he can do even more massive damage to us and will, given the chance. After this, look for Obama to strengthen the EPA even more and double down on his climate change hoax. The door has been left open for TransCanada to reapply under a new administration for this to go through. Let’s hope that a conservative gets in and that is exactly what happens. Or, the new socialist leader of Canada may just decide to deal with the Chinese instead. Obama would be cool with that as he supports the communists.