Obama Makes Charlottesville Riots All About Himself

Obama isn’t President anymore, so I can’t imagine who – other than his family – actually cares about what he has to say in the wake of national tragedies. Nevertheless, he has felt it necessary to tweet about the goings-on in Charlotesville, Virginia.

In a twist that was surprising to absolutely nobody who knows him, the former President of the United States somehow managed to make everything about him. 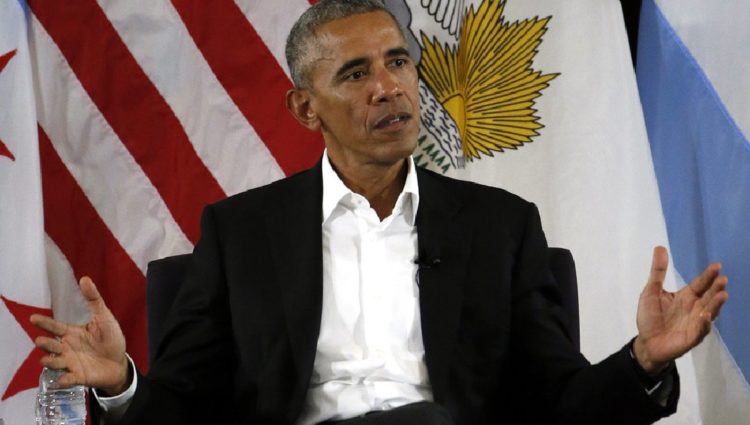 How did Obama acknowledge the loss of life and violence that took place on the streets of an American city?

Well, with a picture of himself, of course.

"No one is born hating another person because of the color of his skin or his background or his religion…" pic.twitter.com/InZ58zkoAm[2]

Could you be anymore obvious? I mean really, why did he have to make this about him? A woman died, many more are injured and you have to post a picture of you in what I can only imagine is an insanely expensive dress shirt staring up at children in a window. It’s a very sweet picture to be sure, but I don’t think this was the time nor the place for its posting.

And apparently I’m not the only one.

As soon as Twitter caught a whiff of this casual narcissism, they let the former President have it.

From the guy who never spoke out during all the riots and protests during his tenure. Spare me. What a load of malarky. https://t.co/aA00rggdPs[6]

We did not hear Obama come out and condemn the Black Lives Matter group while they were destroying their own cities. He has not taken it upon himself to condemn Antifa and their violent and fascistic tactics as they attack police officers with balloons of their own bodily fluids and stab horses with flag poles. But the first time he can take something and make it about him, boy is he on that like white on rice.

Obama had the chance to bring the country close and heal the divides that are afflicting this nation, but he refused. He doesn’t get to step in like the knight in shining armor now. He blew it.