While America wallows in a depression[1], Obama plays in Hawaii. It’s disgusting. 100 million are without work and many ran out of unemployment benefits long ago. But that’s okay, Obama is snacking on shaved ice and planning his after-presidency life in Hawaii. The man never earned a dime in his life and lives in the lap of luxury. America is already losing jobs to illegal immigrants and seeing crime as she never has before with Obama’s open borders policy. Now, he’ll bring in hundreds of thousands of Islamic refugees who will bring terrorism and death to America. But never mind that… it’s Lei Day in the Press Briefing Room! They look ridiculous by the way. As Obama has homes gifted to him, Americans cry out for a real leader to bring back jobs and stop the invasion of our country. 2016 simply cannot come soon enough.

From the White House:

The Final Hawaii Trip as POTUS
President Obama’s 2015 Hawaii trip will be his last Christmas vacation in Hawaii as President. He plans to break tradition next year in 2016 and spend his final Christmas in office at the White House, surrounded by family and friends. After leaving office, President Obama looks forward to returning to Hawaii as a private citizen to continue his annual tradition in a new vacation home[3] recently “purchased by a friend”.

Getting into the Hawaii Vacation Spirit
In honor of his last presidential trip to Hawaii, President Obama has decided to bring a little Hawaiian sunshine to the White House in advance of his departure. In addition to a Christmas tree this year, the Oval Office is decorated with palm trees, tropical flowers, and the Hawaii state flag. The White House Mess has also been decorated with a Hawaiian theme and serves shave ice on Tuesdays and Thursdays. 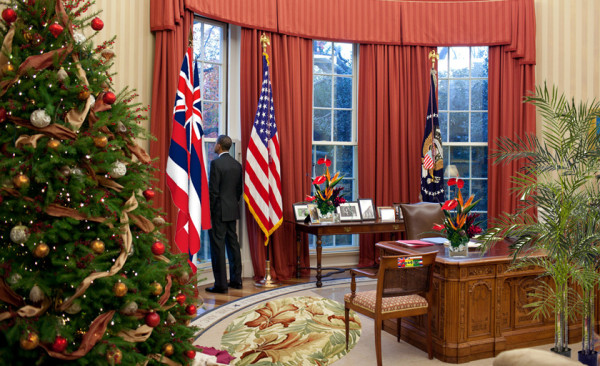 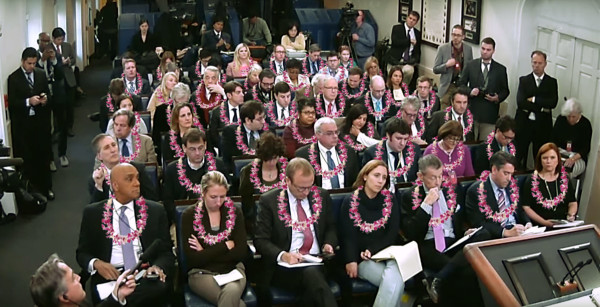 The President’s 2015 Kailua Rental Home
Due to an unfortunate “chewing incident” in the past involving First Dog Bo, the search for a suitable vacation rental home had become quite challenging. To combat this problem, President Obama issued an Executive Order[7] in 2013 declaring that any pet-related damage would be covered by the “full faith and credit guaranty” of the United States Government.

The President plans to rent the same house as last year in his favorite Kailua beach neighborhood. An exact replica of the official White House fence will again be flown out in advance to provide both security and privacy for President Obama and his family.

Obama even made the despicable point that if their dog caused any damage on his awesome Christmas vacation, that the American taxpayers would foot that bill too. Since the Obama’s have been in office, they have cost America 100’s of millions of dollars as they have jetted across the globe and played with celebrities and wealthy Marxists. In the meantime, Americans have been ravaged by Obamacare and have seen tyranny as never before as Obama shreds our constitutional rights daily. Obama plans on tight security for himself and his family, but wants to take our guns and any sense of security we have left away from us. I wouldn’t be surprised if he doesn’t have Mao on the tree again this year. Most of us in America will struggle to have any Christmas at all this holiday season, much less a vacation. Things have certainly changed for the worse under Obama.