Sigh. What bull crap.[1] People Magazine is fawning all over the Obamas. And they are making hay out of the fact that Obama said concerning President Trump last November: “He’s nothing but a bullsh–ter.” Well, Obama would certainly know, wouldn’t he? Because that’s all he did for eight long, grueling years. That and do a two-step on the Constitution and declare his unfailing hatred for the US. Makes you long for a lower level demon who would be more interesting than this creep. Maybe an apocalypse or an existential threat. Obama’s evil is so banal and pedantic, it is tedious.

There’s nothing ‘cool’ about Obama. He’s an elitist communist plant who is still actively working to destroy the US inbetween partying on yachts and hobnobbing with billionaires. And as for speaking out against the President… well, they may not have been doing it overtly, but they’ve had their minions doing it non-stop. So, save all of us the holier-than-thou, walking on water diatribes. It’s embarrassing. 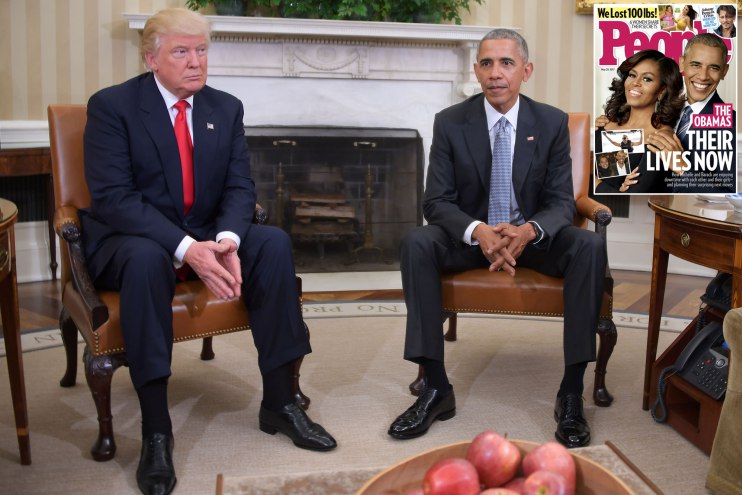 Cool, even-keeled, no-drama Barack Obama[3] is one of the few people in the country who hasn’t publicly opined on the tweets and turmoil wrought by President Trump. And so a persistent question to those close to the former president is: What does Obama really think of the man now occupying the Oval Office?

“He’s nothing but a bullsh–ter,” Obama told two friends early last November, describing an election night phone call with Trump, in which the businessman suddenly professed his “respect” and “admiration” for Obama—after years of hectoring[4].

Speaking to PEOPLE for its new cover story on Obama and his wife Michelle [5]adjusting to life outside the White House, the two friends quoted Obama’s blunt assessment of President-elect Trump. And how has Obama’s opinion changed since Trump been in office? “Well,” said one of the sources, “it hasn’t gotten any better.”

A third source close to Obama tells PEOPLE: “He’s deeply concerned with what he’s seen. But he’s also optimistic and heartened that citizens aren’t just watching it happen but engaging with neighbors and elected representatives at town halls.”

Obama is heartened that revolution and resistance is happening. He’s helping to foment it. He’s got a huge war room headed by Valerie Jarrett conducting operations. He’s flush with funding for carrying it out and he has thousands willing to sacrifice themselves for the cause. Sounds like the makings of a civil conflict to me. But People Magazine and other sycophantic media outlets are still just lovesick over the Obamas.

They used all the cliches in their article against Trump: bullsh***er, unfit, woefully unprepared and unacceptable. They must keep a list of terms to throw around. At the top of it is the term ‘impeachment’. Dream on, Marxists. Both Obamas are getting ready for all-out war between the left and the right to take down President Trump. They are the ultimate enemies from within and they are enemies of the Republic. 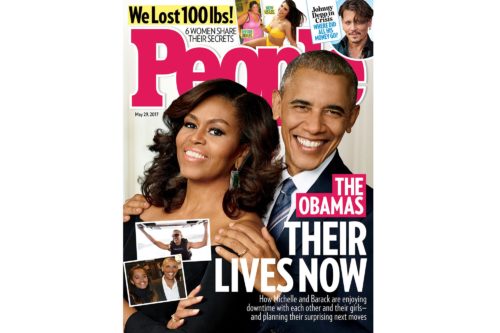