Obama Mentor Bill Ayers: We Should Build Monuments to Traitors Who Desert the Army

There may not be a more despicable American walking around free than Bill Ayers, and disturbingly, he is both mentor and good friend to our president, Barack Obama. He’s now praising alleged deserter Bowe Bergdahl, saying that we should build monuments to traitors who desert the Army. 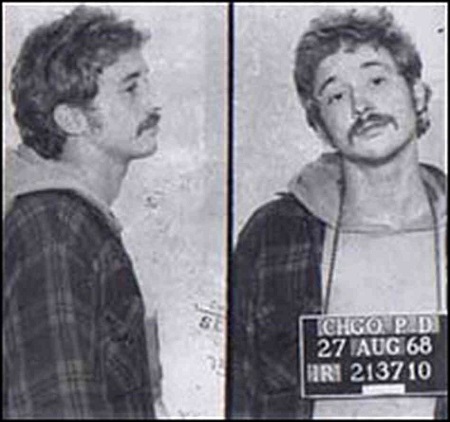 “I think Bowe Bergdahl, if he deserted, is a hero,” Ayers said, likening it to those who fled to Canada during the Vietnam War. “I think throughout history we should build monuments to the unknown deserters.”

Ayers maintained that most of the group’s activities centered around property destruction – illegal, but not deadly.

“It’s not about legality,” Kelly said. “You could have murdered somebody with those bombs.”

“The people who were conducting the war in Vietnam actually murdered people,” Ayers began.

Kelly cut him off.

“The answer is to make yourself a murderer as well?” she asked.

This is the man who attempted to murder soldiers with a nail bomb set to explode at a dance held at Fort Dix, designed to create as much shrapnel as possible — instead, the bomb exploded while the domestic terrorists were making it, killing Ayers’ then-girlfriend and two of his buddies, and his fingerprints were found at the bomb-making site. Ayers and his domestic terror group, Weather Underground, successfully bombed over 30 buildings, including the Pentagon, and were implicated in the murder of a police officer. Ayers, however, complains that they “didn’t do enough”… so considering who it is we’re dealing with, it isn’t altogether surprising that he would laud a traitorous weasel like Bowe Bergdahl as a traitor. What is surprising is that this man is still allowed to walk around outside of a jail cell, and that so few people are bothered by the fact that this man is so close to the President of the United States.