Barack Obama may be the nastiest, smallest, pettiest, most hyper partisan little man ever to occupy the White House[1]. 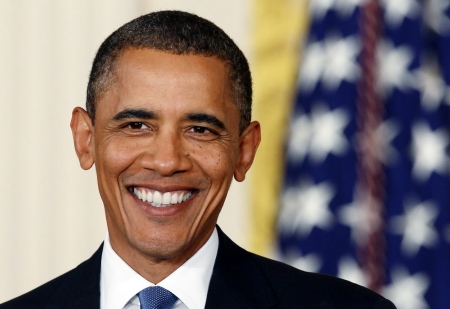 Ritter, a fifth-grade teacher at Sally B. Elliott :­Elementary in Irving, Texas, had written to the president: “This bill has caused such a :­divisive, derisive and toxic environment .?.?. The reality is that any citizen that disagrees with your :­administration is targeted and ridiculed.”

Ritter continued: “I hesitated to write for fear of some kind of retribution .?.?. I watched you make fun of tea baggers and your press secretary make fun of Ms. [Sarah] Palin which was especially beneath the dignity of the White House .?.?. Do the right thing not the political thing. Suggest a bill that Americans can support.”

Obama responded: “I .?.?. appreciate your concern about the toxic political environment right now. I do have to challenge you, though, on the notion that any citizen that disagrees with me has been ‘targeted and ridiculed’ or that I have ‘made fun’ of tea baggers .?.?. [I] defend strongly the right of everyone to speak their mind – :­including those who call me ‘socialist’ or worse.

This is no different than Obama flipping people off and pretending that he’s unaware that he did it. He knows conservatives will get the fact that he denies ridiculing people he disagrees with even as he calls them “tea baggers,” while the mainstream media will turn a blind eye to his childish behavior. Yet and still, the fact that the President of the United States gets off on trolling a teacher like some liberal loser in the comment section of a conservative website tells you a lot about his character and personality.