Talk about unhinged. And the media wonders why we despise them. This is a good example of why. The media said absolutely nothing when Obama pardoned traitors like Chelsea Manning and Bo Bergdahl. In fact, they praised Obama for his kind heart. Which was bull crap. But when President Trump pardons America’s favorite sheriff, Joe Arpaio, they accuse him of being power hungry. The New Yorker was just vile. They called his speech in Phoenix rambling and hate-filled. They called him a liar, a racist and a fascist. The New York Times[1] called the pardon ‘egregious’. They claim that he has no regard for the rule of law or the Constitution, when the pardon is honoring a man who upheld the rule of law in spite of an unconstitutional mandate.

It didn’t matter how many times Obama stomped on the Constitution, these same media outlets were more than cool with that. They thought it was great. And now they accuse President Trump of doing what Obama did every day. And Trump has not done that in the least. The New York Times decried Trump’s autocratic tendencies. The New Yorker brought up the birther issue because of course they took it as a personal insult. They also called both Trump and Arpaio authoritarians. You guys are a bunch[2] of stone cold hypocrites. Power mongering was what Obama did every day he was in office. All Trump has tried to do since becoming President is undo some of that damage. 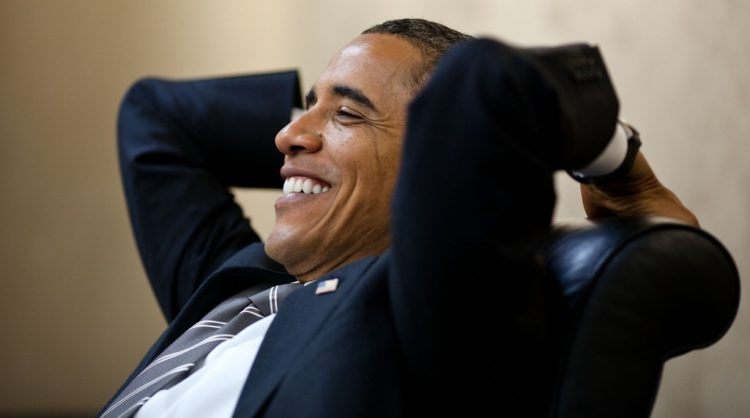 President Trump had little to offer that was specific or coherent in the rambling, hate-filled speech that he delivered in Phoenix this week—the one that he later assessed in a self-congratulatory tweet as “enthusiastic, dynamic, and fun.” The speech lurched between schoolyard bragging (“I live in a bigger, more beautiful apartment” than the “élite” and “I live in the White House, too, which is really great”), the usual whining about reporters (“sick,” “bad,” “dishonest” people), and insults to Arizona’s two Republican senators, one of whom is currently battling brain cancer. The rhetorical flourishes borrowed from Fascist tropes, with their distinctive mix of vague language and unmistakable menace: the virtuous “we” and the unspecified “they,” who are trying to take away “our” customs and culture; the “thugs,” who protest the leader’s vision of America.

Sheriff Arpaio served for 24 years in Arizona. He made being in his jail unpleasant to say the least. He believes in chain gangs and that prison is not some kind of resort for the underprivileged. Yes, he went after illegal aliens and he helped deport them. He did it happily because that was the law before Obama circumvented it and threw our borders wide open. In other words, Arpaio was a true lawman, something the media and left hate, so they throw the racism and oppression cards at Arpaio and Trump. Same old, same old.

I’ve got news for you media trolls. It’s not just Trump who considers the media the enemy of the people. Americans overwhelmingly hate and distrust the media now and with good reason. They see how you licked the shoes of a Marxist and are now trying to conduct a silent coup against the people’s President. Careful… you are treading on very thin political ice these days. Vanity Fair accuses Trump of dirty politics. But they were silent when Obama conducted mafia-style politics all over the place. Excuse Americans if they tell all of you leftist media jerks to get stuffed. You are the enemy and you are not welcome in their homes anymore.