This Is How Obama Plans To Terrorize America Even AFTER He’s Out Of The White House – And It’s SCARY!

I find this terrifying.[1] Obama’s work has just begun. He plans on resettling millions of Muslim refugees across the planet. This is a worldwide terraforming effort to give back to Islam countries and lands conquered in the past. It is the massive move to forward the Caliphate on steroids. With the help of Cass Sunstein’s bride, Samantha Power, Obama is already making moves in the UN to rally world leaders to his faux cause of resettling Muslim victims of oppression. It’s simply diabolical in scope and breadth. What is even worse is he may get away with it. 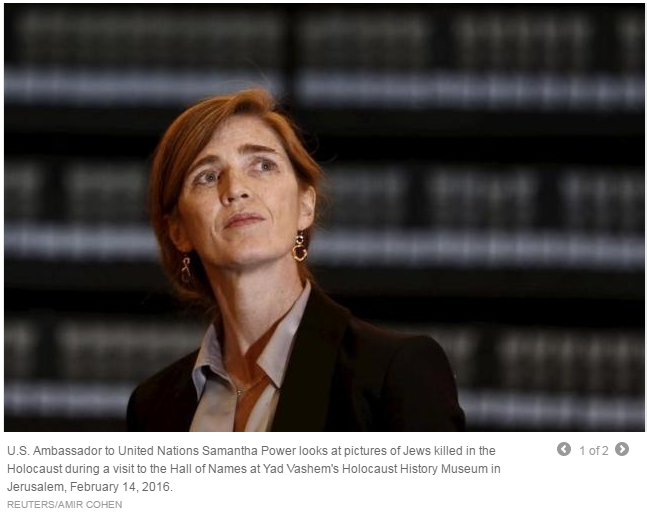 The White House will on Thursday rally businesses to give jobs to refugees ahead of a September summit where U.S. President Barack Obama will urge world leaders to boost humanitarian funds by a third and double the number of refugees being resettled.

U.S. Ambassador to the United Nations, Samantha Power, said on Wednesday that the Obama summit during the annual gathering of world leaders at the United Nations would also aim to get one million refugee children in school and one million more refugees access to legal work in the neighboring countries they fled to.

“The summit is by no means a panacea; even if we hit every target, our response will still not match the scale of the crisis,” Power told the United States Institute of Peace, adding that it would boost the number of countries trying to help.

“We need businesses, big and small, to do more too; which is why tomorrow, the White House is launching a private sector call to action, which will rally companies to do their part, from providing jobs to donating services to refugees,” Power said. Don’t you see what is happening here? This is caving into the Ummah and kneeling before the Caliphate. It ushers Muslims and Shariah law into businesses and corporations under cover of helping the needy. It is the ultimate Trojan Horse. The United Nations refugee agency said last week that a record 65.3 million people were uprooted worldwide last year, many of them fleeing wars only to face walls, tougher laws and xenophobia as they reach borders. Power is calling for countries to do their fair share. And if the EU does indeed amass their own military, look for them to forcefully push this. “While we often overstate the security threats and economic costs of resettling more refugees, we routinely understate the likely consequences of failing to muster the global response that is needed,” Power said. She said groups like Islamic State, al Qaeda and Boko Haram stood to benefit from a failed response to the refugee crisis as a central part of their narrative was that the West is at war with Islam. Quite the opposite… what Power is doing will allow radical Islam to conquer on a worldwide basis and it guarantees a world war. “Ignorance and prejudice make for bad advisors,” Power said. Yes, and Marxists and Jihadists make for even worse overlords.