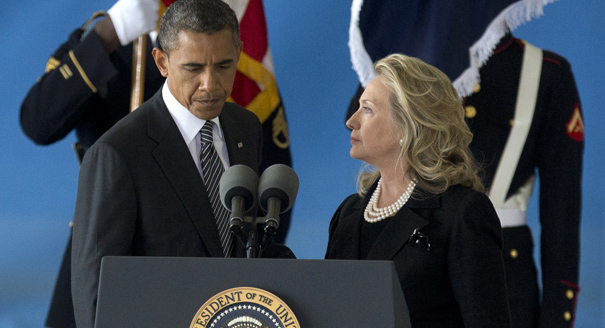 President Barack Obama and Secretary of State Hillary Rodham Clinton stand at the podium as they attend a Transfer of Remains Ceremony, Friday, Sept. 14, 2012, at Andrews Air Force Base, Md., marking the return to the United States of the remains of the four Americans killed this week in Benghazi, Libya. (AP Photo/Carolyn Kaster)

Michelle Bachmann is not holding back as she talks about the role of Barack Obama in Hillary Clinton’s corruption. She seems to think a pardon for Hillary Clinton will be issued any time now.

“I would not be surprised to see Barack Obama issue a blank pardon for anything Hillary Clinton, Bill Clinton, Chelsea Clinton or the Clinton Foundation has done,” she said.

Bachmann had begun discussing Clinton’s email scandal in the context of the intelligence failures that took place during the Obama administration.

“The worst intelligence failures ever in the history of the United States took place under Barack Obama by Manning, Edward Snowden, and none other than our Secretary of State Hillary Clinton who, because of her selfishness in having an unsecure server set up in her home, had America’s most vital secrets likely intercepted by our enemies and then relayed to the world.” she said.

“Barack Obama should be ashamed. Bradley Manning should be in jail, and in my opinion, Hillary Clinton should be there with him.”

She is right. The nation’s worst intelligence failures are direct results of the Obama presidency. It would come as no surprise to see this continue until his last days in office. 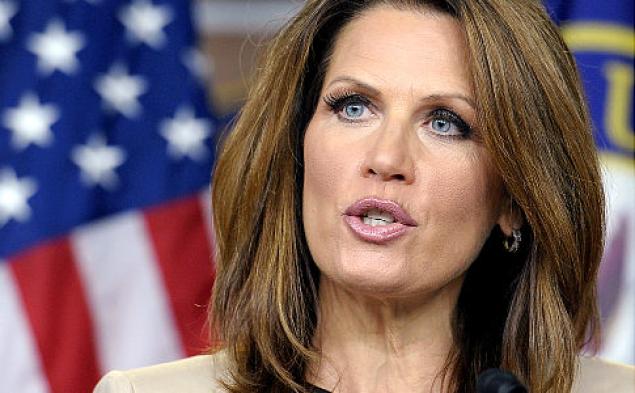