Obama has freed more criminals[1] than the past six presidencies combined. It’s staggering. Many of these prisoners will go right back to taking and selling drugs. Many will rob and murder people. Obama doesn’t care. This is for his legacy. Like so many other Progressives out there, he also wants these felons given the right to vote to pad the voter rolls to keep Marxists in power. One in three were serving life sentences that Obama released. Many are labeled as violent criminals. Obama wants to overhaul the criminal justice system and end mass incarceration. He wants to empty the prisons into our streets and free all prisoners, no matter the crime. It would further Cloward and Piven and bring even more mass violence, chaos and upheaval to America. 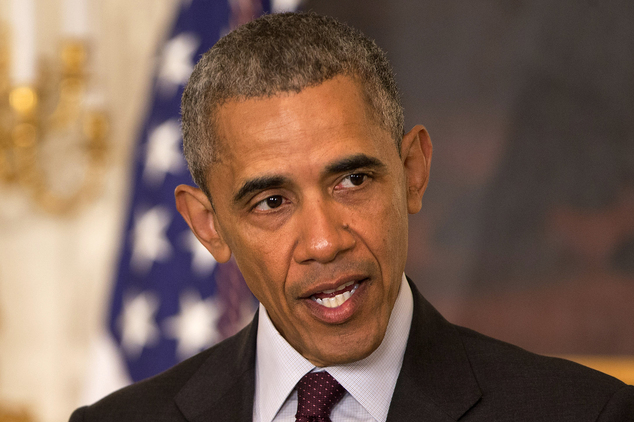 President Barack Obama commuted the prison sentences of 61 drug offenders on Wednesday including more than a third serving life sentences, working to give new energy to calls for overhauling the U.S. criminal justice system.

All of the inmates are serving time for drug possession, intent to sell or related crimes. Most are nonviolent offenders, although a few were also charged with firearms violations.

Obama’s commutation shortens their sentences, with most of the inmates set to be released on July 28.

Obama, in a letter to the inmates receiving commutations, said the presidential power to grand commutations and pardons ’embodies the basic belief in our democracy that people deserve a second chance after having made a mistake in their lives that led to a conviction under our laws.’

Look for Obama to massively speed up pardons and the release of even more criminals before he leaves the White House. The latest set of released criminals brings to 248 the total number of inmates whose sentences Obama has commuted — more than the past six presidents combined, the White House said. Throughout the remainder of his time in office, the president is committed to continuing to issue more grants of clemency as well as to strengthening rehabilitation programs,’ said Neil Eggleston, the White House counsel, in a blog post. He added that clemency is a tool of last resort that can help specific people, but doesn’t address the broader need for a justice system that’s ‘more fair and just.’ Obama has long called for getting rid of strict sentences for drug offenses that critics say lead to excessive punishment and sky-high incarceration rates. With Obama’s support, the Justice Department in recent years has directed prosecutors to rein in the use of harsh mandatory minimums and expanded criteria for inmates applying for clemency. Obama has put us at more and more risk. I’m sure his love of everything and everyone that is evil is of great comfort to the families of the people they will murder thanks to Obama. His bloody legacy just never ends. 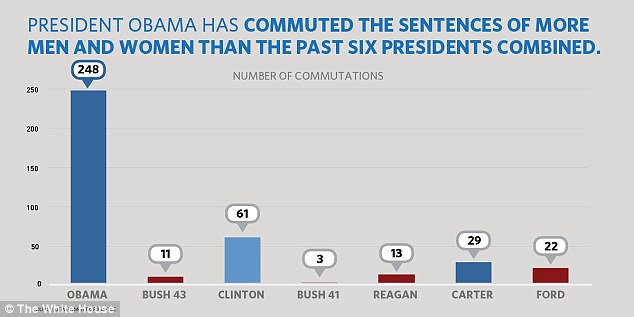