Have you ever wondered what caused the housing crisis that tanked our economy right at the end of George W. Bush’s term? Unsurprisingly, as economics professor Walter Williams explains, the government was at the root of the problem. 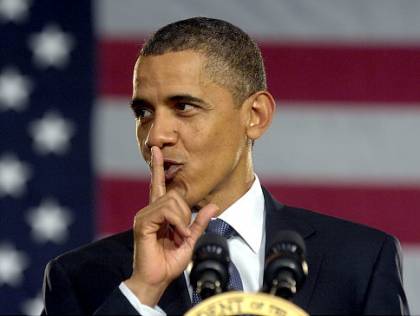 The Community Reinvestment Act of 1977, later given teeth during the Bush and Clinton administrations, forced financial institutions to make risky mortgage loans they otherwise would not have made. President Clinton’s Attorney General Janet Reno threatened legal action against lenders whose racial statistics raised her suspicions. Bank loan qualification standards, in general, came under criticism as being too stringent regarding down payments, credit histories, and income. Fannie Mae and Freddie Mac, two government-sponsored enterprises, by lowering their standards for the kinds of mortgage paper they would purchase from banks and other mortgage lenders, gave financial institutions further incentive to make risky loans.

…There were numerous warnings that went unheeded. In congressional hearings, U.S. Treasury Secretary John Snow said, regarding the risks assumed by Fannie Mae and Freddie Mac, “The concern is, if something unravels, it could cause systemic risk to the whole financial system.” Peter J. Wallison, American Enterprise Institute scholar, warned that if Congress did not rein in Fannie Mae and Freddie Mac, “there will be a massive default with huge losses to the taxpayers and systemic effects on the economy.”

There were many other warnings of pending collapse but Congress and the White House in their push for politically popular “affordable housing” ignored them.

When those risky home loans that were encouraged by the government and artificially low interest rates inevitably didn’t pan out, the housing bubble popped, supply dramatically exceeded demand, home prices plunged, the damage was spread across the globe via derivatives and we ended up with the mess we have today.

So naturally, what is Barack Obama’s administration doing? Starting the whole process all over again by encouraging banks to make more risky loans.

Jim Parrott, who recently left the White House’s National Economic Council, said, “If the only people who can get a loan have near-perfect credit and are putting down 25 percent, you’re leaving out of the market an entire population of creditworthy folks, which constrains demand and slows the recovery.”

Even though Counselor to the Secretary of the Treasury for Housing Finance Policy Michael Stegman has acknowledged the danger, he is also in favor of moving full speed ahead to encourage risky loans.

While lending was too fast and too loose in the run-up to the financial crisis, we’re now in a situation where many families that can effectively take on monthly mortgage obligations are being denied access to credit.

In this regard, the Federal Reserve has a similar outlook. Chairman Bernanke noted that tighter lending standards are probably preventing creditworthy borrowers from buying homes, and this could be slowing the revival in housing and slowing the economic recovery.

Banks aren’t going to voluntarily leave any easy money on the table. If they’re reluctant to give out loans, it’s because they think there’s a significant possibility that they won’t get their money back. Instead of encouraging these banks to make dumb decisions that all of us might have to pay for down the road, Obama and his administration should keep their nose where it belongs, do their jobs and stop trying to create a Subprime mortgage crisis part 2.