Obama squares off against extremely harsh critic, then faces an indictment

Newt Gingrich tore into Obama[1] as only he can over Islamic extremists. He correctly points out that Obama has no room to talk because he has done virtually nothing to stop ISIS or other terrorists over the last eight years. In fact, there isn’t an Islamist that Obama has ever met that he doesn’t adore. As Erdogan is staging a fake coup in Turkey and purging those he views as threats in the form of the military, judges, media and now educators, Obama is still praising the so-called democracy of his best bud. He’s brought the Muslim Brotherhood into the White House. He’s groveled at the feet of the Mullahs in Iran. He’s so busy promoting Islam that he can’t be bothered with fighting Islamic terrorism – which he refuses to even call out by name. 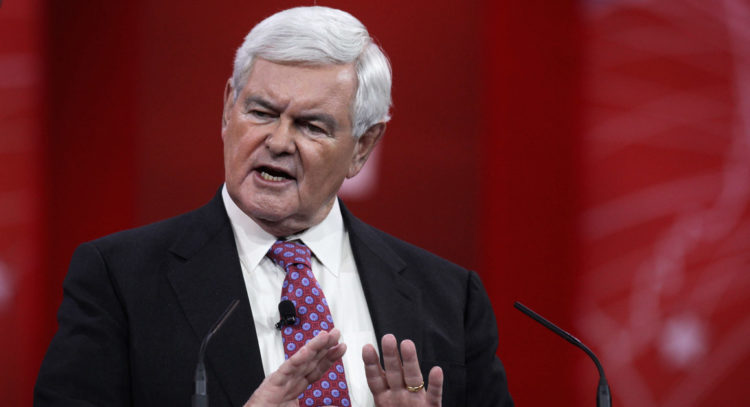 As unrest in Turkey — which President Barack Obama has embraced as a staunch ally — has forced America to suspend all air attacks against ISIS, former House Speaker Newt Gingrich pounded home the fact that the Obama administration has continually failed to execute a Middle East policy that achieves peace and stops terrorism.

Gingrich and Obama have been locked in a war of words ever since Thursday night, when Gingrich said America needed a way to weed out Muslims loyal to the United States from those who are not. He said the United States might need to “test every person[3] here who is of a Muslim background, and if they believe in Sharia, they should be deported.”

“The very suggestion is repugnant and an affront to everything we stand for as Americans,” Obama said of such a proposal Friday.

Gingrich believes that Muslims cannot serve two masters – Sharia law and constitutional law. I agree. He wants to examine their backgrounds and deport those that pose a threat. Once again, I agree in principle with that. But it would have to be done legally and constitutionally. Something I don’t see Donald Trump bothering with. We are at war worldwide with Islamists whose only interest is conquering the planet and instilling Sharia law. Obama doesn’t ever plan to fight our enemies… he hates America. In fact, his actions scream that he is supporting and aiding the Ummah and those that follow the Prophet. Screw everyone else. Gingrich’s indictment of Obama is highly appropriate and spot on.