If I am not mistaken[1], a former President is not supposed to conduct ‘shadow diplomacy’. Obama went to South Korea to speak at a conference and met with the new Progressive socialist leader of South Korea, Moon Jae-In, today for 40 minutes. They have a lot in common. Moon wants to use diplomacy with the NoKos. They tried it before and it never ends well. It never worked under the Obama administration either. Obama is trying to undercut the Trump presidency. It’s rude. It’s one thing if you are invited as part of a diplomatic delegation… this is something else altogether.

I’m not even sure this is legal. And I don’t remember any other Presidents pulling this. Sure there are state visits, but they are either cursory in nature or sanctioned by our State Department. Dare I say this is ‘colluding’ with the South Koreans? Just a thought. Attacking President Trump over climate change while with an ally we are trying to work with on the brink of war, goes beyond unethical, right into subversive. It’s cowardly to stand on foreign soil and criticize the sitting President of the United States. 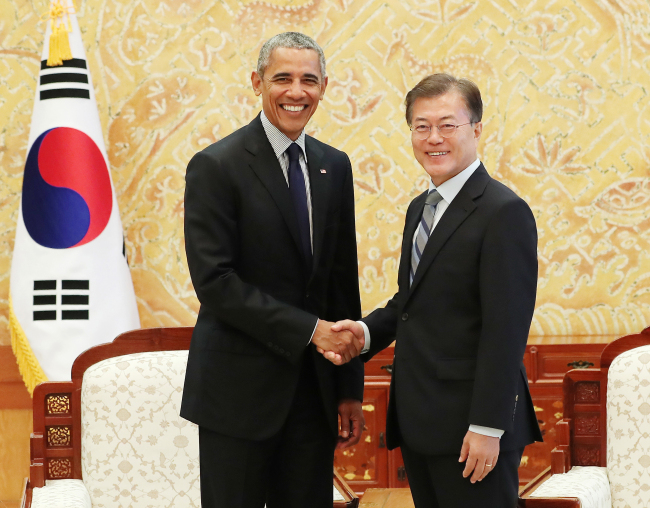 The Korea Herald reported[4] that Moon spoke about his recent meetings with President Trump in Washington and asked Obama for his advice on how to improve that relationship.

The meeting came after Obama spoke at the Asian Leadership Conference and the Fourth Congress of Indonesian Diaspora in Jakarta. There he attacked Trump’s decision to withdraw from the Paris climate change accord.

“In Paris, we came together around the most ambitious agreement in history about climate change, an agreement that even with the temporary absence of American leadership can still give our children a fighting chance,” Obama said in Indonesia.

Obama has said previously that after leaving office he appreciated his predecessor George W. Bush’s silence during his tenure, but also contended that he’s “still a citizen and that carries with it duties and obligations.” Yes, it does… for one, getting clearance from Trump’s State Department before meeting with the leaders of other countries. This citizen status he claims has led him into having an active post-presidential political life. One where he is discreetly leading the resistance against President Trump.

Trump was correct when he accused Obama of spying on him and committing obstruction of justice. Now this. Obama said that North Korea’s pursuit of nuclear weapons has ‘done nothing to secure the North Korean people’ during a visit to Seoul on Monday. He’s no longer President[5], but he’s still trying to act as the de facto President. That should not be tolerated. His trip to South Korea comes after a ten-day family vacation in Indonesia, during which he said that President Donald Trump had caused a ‘temporary absence of American leadership’ when it comes to climate change policy. What a despicable man.

On Monday, Moon briefed Obama on his summit with Trump last week, an aide at South Korea’s presidential Blue House, Yoon Young-Chan, said. “President Moon said he talked to President Trump about using sanctions and pressure to resolve the North Korean missile and nuclear problem, but also to use dialogue at the same time,” Yoon said. “He said it is the last opportunity for North Korea to enter the door of dialogue.” That door has now closed and Obama is meddling in a place he has no business on the eve of war. 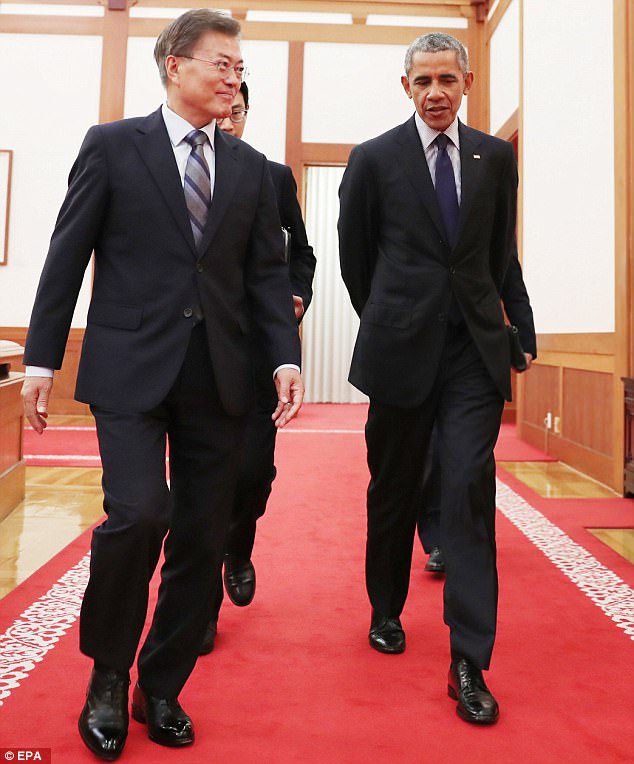 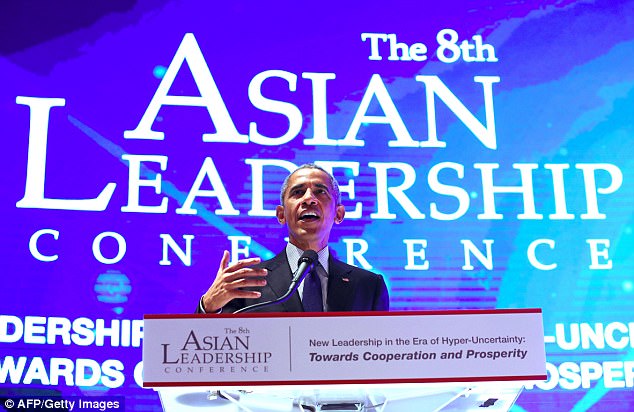 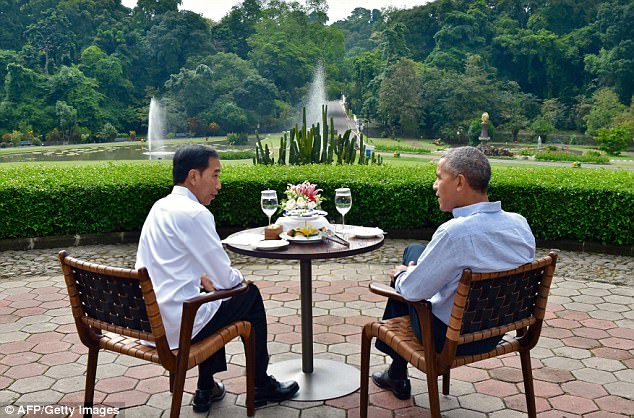