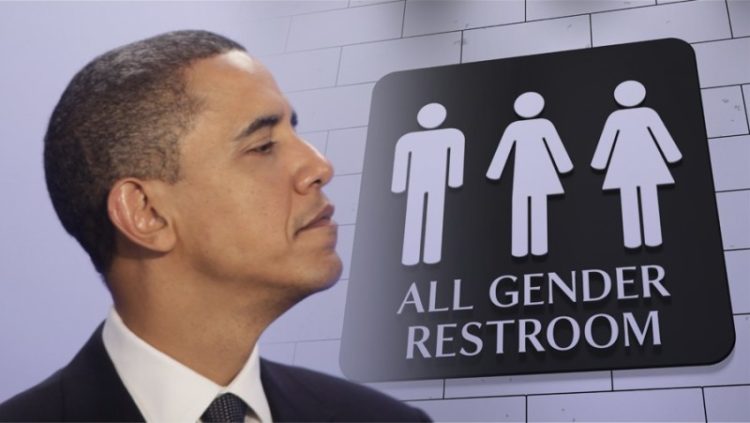 He’s already lost in court with his earlier guidance on how schools should accommodate and pander to the tiny number of kids who believe they’re gender confused (which was a thinly veiled threat from Obama’s Executive Office), now he wants to continue the push

(Daily Caller[2]) The U.S. Department of Justice has asked a federal appeals court to overturn a judge’s ruling that suspended enforcement of the administration’s order allowing transgender students and workers to use the bathroom of their choice.

Lawyers for the administration asked the 5th U.S. Circuit Court of Appeals to throw out O’Connor’s ruling, arguing the courts do not have the power to review the government’s order. They also argue O’Connor’s ruling was too broad, as it applied to the entire country, instead of the states challenging the order.

They really did argue that courts do not have the power to review Obama’s orders.

In other words, they argued that since they created this guidance out of thin air, since Title IX is about women, and there is zero mention of the gender confused, the courts shouldn’t be allowed to rule against them. What should really happen is that the court should tell them that you can’t interpret something that doesn’t actually appear in law, so, they should ask Congress to modify Title IX.

One has to wonder how Obama would feel about gender confused “women” sharing the bathrooms, changing rooms, and showers with his daughters. Or if they are on the same sports teams/competitions as his daughters, taking spots away from real women, and always beating them.

Buzzfeed[3] has more, including the filing. Regardless, unless the 5th rules by the 20th, you can bet Trump’s DOJ will drop this whole thing. Piano Lady puts it well at the DC

The economy has gone to hell, Iran has more than $160 billion, and ISIS is now in over 30 countries … while our retarded president spends his days trying to get grown men into bathroom stalls next to little girls … history will not be kind to this traitor.