I just can’t stand it.[1] You could gag on the hypocrisy here. From the man who utilized his “pen and a phone” in order to do whatever he damned well pleased regardless of the other two branches of government or what the American people wanted, Obama has the nerve to warn us of Trump’s ‘authoritarian ways’. That’s just rich. No one has ever beaten Obama at being authoritarian. And he’s not done yet.

Not only that, but Obama is a historic liar as well. He claimed he would roll back the executive overreach, but he put it on steroids. He strangled this country with oppressive regulations. Obama’s tenure was marked by the greatest use of executive authority in American history. Despite Obama’s horrific authoritarian record, he is now twisting Trump’s moves after only being in office a few months. Obama had eight years to destroy this country and he came very close to doing so. The reason he’s warning on Trump is he fears him. He’s afraid Trump will destroy his entire thuggish legacy and restore some semblance of freedom in this country. His protestations are laughable.

Former President Barack Obama warned against the temptation of “authoritarianism” in a Montreal speech Tuesday.

Despite the former president’s 275 executive orders and 644 presidential memoranda, Obama argued that the American[4] public shouldn’t look for control and certainty in the world before reminding his listeners that history proves there is a better path.

“In periods like this, people looking for control and certainty — it’s inevitable,” Obama told the Canadian audience in a thinly-veiled warning about President Donald Trump. “But it is important to remember that the world has gone through similar moments … Our history also shows there is a better way.”

Obama then lectured on the need to ignore the “call for isolation and nationalism,” or anyone who “suggests rolling back the rights of others.”

Obama’s Tuesday comments differ from a 2014 statement he made while still in office when he pledged to circumvent the 435 representatives and 100 senators who were elected to office to pass laws.

“We’re not just going to be waiting for legislation,” Obama announced in[5] January 2014. “I’ve got a pen and I’ve got a phone…and I can use that pen to sign executive orders and take executive actions and administrative actions.”

Obama had the gall to claim all this in a speech he just gave in Canada. Obama’s perceived ‘better way’ is Marxism, racism, radicalism and chaos. His philosophy is deadly to our Republic. Obama lectured that people need to fear isolationism and nationalism. That is a half-truth. There are times to fear those concepts, but then there are times to embrace them. They are not necessarily all bad or evil… it is how they are implemented. He also railed on the rights of others… this is Obama alluding to the rights of Muslims.

If Obama could have gotten away with it, I’m convinced he would have suspended parts, if not all, of the Constitution. He wanted to go full-on dictator, but was constrained by our laws and leaders. Next time, we may not be so lucky if we allow a leftist to seize power here in the US again. Rush Limbaugh pointed out last week one of the biggest reasons that Obama hates Trump: “[Trump] has cut the output of costly regulations so deeply that a group that charts the federal government’s output of rules has called the shift ‘historic,’” Rush said on Wednesday. “American Action Forum told Secrets that Trump has cut the output of regulations to just 8 percent of the averages under former President Obama and other recent administrations. What’s more, the cost of the new regulations has dropped from an average of $26 billion to $33 million.” More of this please and less of the hot air coming out of Obama. 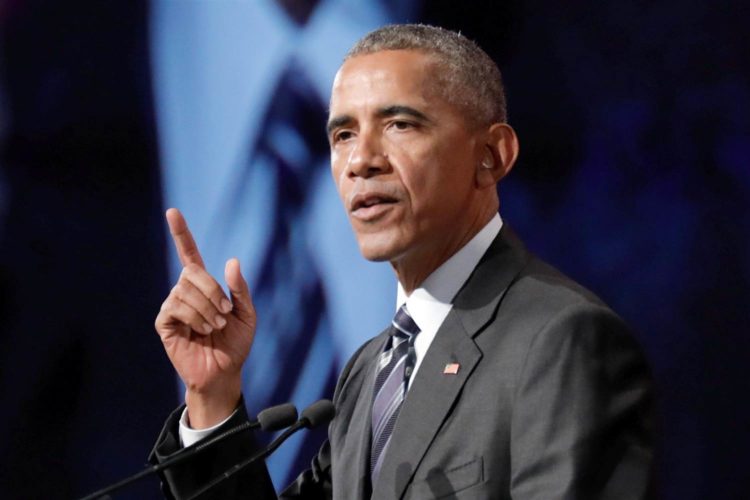