Obama Throws America Under The Bus Calling Her “EVIL” – Twitter Response CRUSHES Him!

Obama calling America evil[1] in front of the Japanese just makes my blood boil. On his apology tour, while visiting Hiroshima, Obama called our dropping the atomic bomb ‘evil’. Yep, so evil that it saved millions of lives and ended a horrific war. Just before this monstrous lie and insult, Obama met with Communist leaders[2] in Vietnam, where he criticized the United States for having, “too much money in our politics, and rising economic inequality, racial bias in our criminal justice system.” He praised Ho Chi Minh’s evocation of the “American Declaration of Independence” and claimed that we had “shared ideals” with the murderous Communist dictator. I sense a very evil trend and a love affair with communists, enemies and dictators. 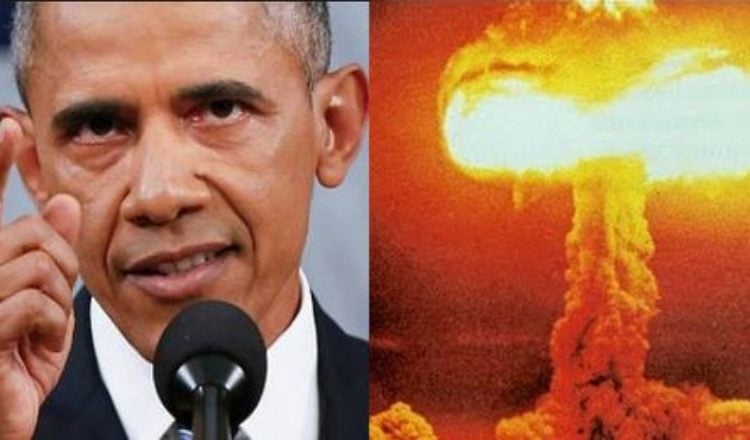 Earlier today, President Obama decided to fire up his “apology” tour with a stop in Hiroshima, Japan where he referred to our dropping the atomic bomb as “evil.”

As you can imagine, this is not sitting well with those of us who understand history and the horrific impact the attack on Pearl Harbor had on our nation.

It’s spitting in the face of those who died in that attack and all who served during World War II, and quite frankly the president should be ashamed of himself for slamming our nation for taking actions that were clearly justified.

This one tweet sums up everything that needs to be said quite nicely.

What a disgrace Obama is. He’s simply the very worst president we have ever had. It’s not even a contest with Jimmy Carter anymore. Obama has far exceeded the crimes of Jimmy. My father served in WWII. He volunteered and lied about his age to serve. He never talked about it, but I heard stories from my family and it was bad. He had nightmares the rest of his life over it, but he would have done it again in a heartbeat. What Obama did was an insult to my father and everyone else who has served. America has nothing to be sorry for and regardless of what Obama has done to us or what the next president will do… we are the greatest nation on earth and we will come back from it one way or the other. Obama has done his level best to bring us to our knees and destroy us. But Americans are made of tougher stuff than that. The Twitter response was perfect.