Obama to speak at U.S. mosque, but the one he picked is SHOCKING!

It’s confirmed that Obama will speak at an Islamic mosque[1] that has ties to Al Qaeda. 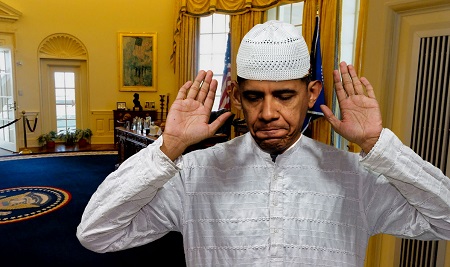 President Obama is set to speak next week at a mosque which was led for over a decade by an Imam who justified suicide bombings in some circumstances and who helped found a mosque with ties to Al Qaeda.The President will visit the Islamic Society of Baltimore on Wednesday and deliver remarks there, the White House confirmed on Saturday.

Either Obama is a Muslim or he’s looking for an inside tip on Al Qaeda or their enemies. Does this bother you?