Let’s put aside for a moment[1] that Obama is pandering to the masses here. He’s trying to sound folksy and is saying you won’t vote for the other side over the economy. Uh, yeah… you would. I don’t like Trump, but when it comes to the economy, he’d really have to struggle to be any worse than the Marxists we’ve had in there for eight years. Then there’s the stuttering… Obama always stutters when he’s about to lie or is lying. He excelled at it with Hillary on the trail. 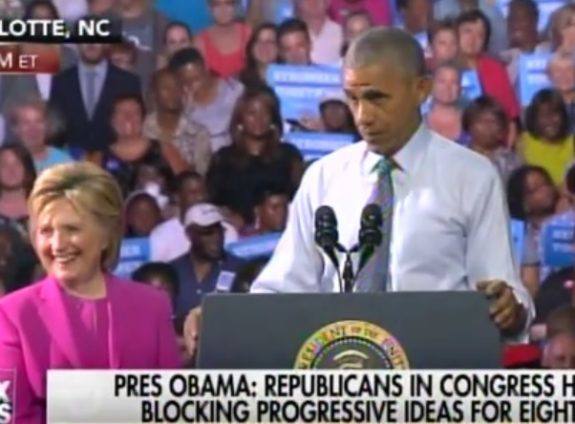 Poor Barack… He’s got Trump on the brain.

Obama turned into a stuttering mess again[3] today while talking about Donald Trump at his rally with Hillary Clinton.

I don’t think Obama or Hillary fear Trump at all. They just can’t tell the truth. We have pathological liars on both sides of the aisle here. It’s soooo embarrassing. Even Hillary looked uncomfortable next to Obama. Although, to be fair, she was probably just trying to wipe all that pesky blood off her hands and was also attempting to remember where she put her ‘burn bag’, so you know… give the Hildabeast a freaking break. Obama and Clinton do have Trump on the brain… but he has them on the brain as well. In this race, there are no good choices anymore. But there are plenty of narcissists, sociopaths and power-mongers, oh my.