Obama is once again[1] meddling in the market where he has no right to. The Obama administration wants the FCC to require cable providers to allow other devices beyond traditional set-top boxes, which the White House says about 99 percent of cable viewers in American have at an average cost of $231 per year. The administration isn’t calling for anything in particular, but such a change could allow for newer innovations such as Roku or Apple TV to compete with cable companies. I’m sure this is going to tick off cable companies royally and it should. Obama is also crafting pro-competition executive actions that empower and inform consumers, workers and entrepreneurs. I’m not sure what that means exactly, but it can’t be good. 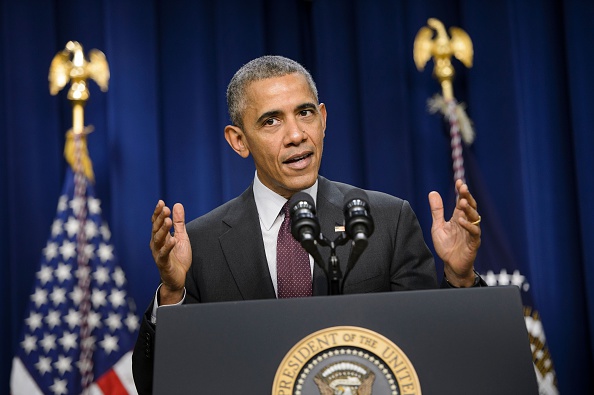 President Barack Obama is taking executive action to prompt federal agencies to increase competition — and he’s starting with the cable TV industry by urging the Federal Communications Commission find ways to lower the cost and increase choices for TV consumers.

“That’s why today the President announced that his Administration is calling on the FCC to open up set-top cable boxes to competition,” wrote National Economic Council Director Jeffrey Zients and Council of Economic Advisers Chairman Jason Furman in a post[3] on the White House website.

“This will allow for companies to create new, innovative, higher-quality, lower-cost products. Instead of spending nearly $1,000 over four years to lease a set of behind-the-times boxes, American families will have options to own a device for much less money that will integrate everything they want — including their cable or satellite content, as well as online streaming apps — in one, easier-to-use gadget,” the two presidential advisers continued.

I get the sick feeling by the language coming out of the White House, that they still intend to nationalize certain businesses and industries before Obama is through: “Across our economy, too many consumers are dealing with inferior or overpriced products, too many workers aren’t getting the wage increases they deserve, too many entrepreneurs and small businesses are getting squeezed out unfairly by their bigger competitors, and overall we are not seeing the level of innovative growth we would like to see. And a big piece of why that happens is anti-competitive behavior—companies stacking the deck against their competitors and their workers. We’ve got to fix that, by doing everything we can to make sure that consumers, middle-class and working families, and entrepreneurs are getting a fair deal.” Yep, I was right: “Alongside that announcement, the White House Council of Economic Advisers (CEA) released a new issue brief that describes the many benefits of competition, highlights recent work by the independent antitrust authorities, and argues that consumers, workers, entrepreneurs, and small businesses would benefit from additional policy actions to promote competition within a variety of industries. These new steps will build on pro-competition progress we’ve made—from cell phone unlocking to net neutrality, from cracking down on conflicts of interest in retirement advice to efforts to free up essential technologies so that big incumbent companies can’t crowd out their competitors.” They want to finish taking over the Internet, force people into government-controlled retirement accounts and open all of us to spying by the feds. They are industrious little fascists, I’ll give them that.