Obama Voters Say You Have to Pay Their Way

Obama has built his following largely based on increasing the welfare state and making more and more people increasingly dependent on government handouts. He hasn’t only taken advantage of this country’s growing entitlement mentality, he’s encouraged it. 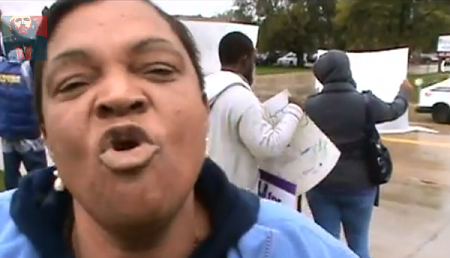 Thanks to the liberal ideology, the entitlement mentality in America has gotten so far out of control that it’s unlikely we’ll ever be able to reign it in, and this video shows us exactly that.

It’s a compilation of various clips that show people seem to honestly think they’re owed something for nothing, how does that make you feel?

These people truly believe that just because they were born they should have everything provided for them, without question. What’s worse, is that if anybody talks about reforming the programs that give these handouts then they’re called racist and every other derogatory term out there until they stop talking.

Most people would probably be willing to help out their fellow American citizens when they fall on hard times — but the problem is, welfare was never meant to be a lifelong paycheck. Yet that’s exactly what happens, because once someone starts getting free money, food, and handouts from the government, it’s incredibly difficult to get them to walk away and work for themselves again.