Obama Will Micromanage War Against ISIS, Military Cannot Attack Until He Signs Off On Every Strike

Overly oppressive rules of engagement crippled our military in Iraq and Afghanistan, but Obama apparently wants to take it one step further. While Obama has decided to start another war in Iraq — after boasting about how he ended the war in Iraq — he also is refusing to let the military do its job, and is requiring them to personally sign off on every single strike against the insurgents. 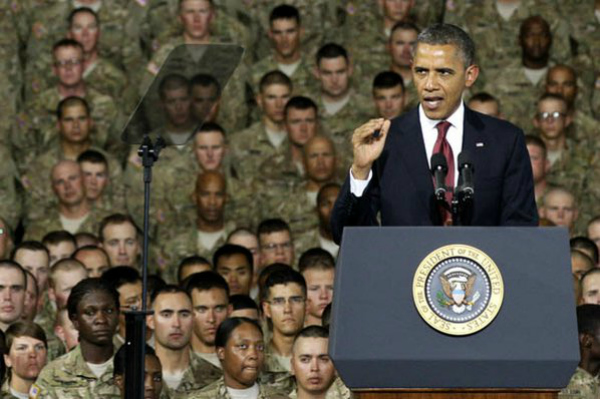 The president hasn’t yet given the green light for an attack on Islamic State militants in Syria, but the U.S. military campaign against the group there is being designed to allow President Barack Obama to exert a high degree of personal control–going so far as to require that the military obtain presidential signoff for strikes. The requirements for the strikes will be far more stringent than those targeting Islamic State in Iraq, at least at first. U.S. officials say it is an attempt to limit the threat the U.S. could be dragged more deeply into the Syrian civil war. After meeting with his top military advisers in Tampa yesterday, Mr. Obama insisted anew that U.S. ground forces won’t engage in combat in Iraq or Syria, despite suggestions by top military commanders that conditions could one day require that U.S. advisers and other military units play a limited front-line role (Here’s a look at why troops in Iraq don’t count as boots on the ground). Julian E. Barnes and Carol E. Lee report.

Funny — this exact attitude is what caused James Foley, an American journalist, to be murdered by ISIS terrorists: Obama refused to let special forces act until after he had wavered back and forth for months over the rescue. Obama is no military expert — far from it, actually — and has repeatedly proven that he is a weak leader who doesn’t have the stomach for warfare, so why would he think that it’s a good idea to further shackle our troops while sending them into harm’s way?