Obama is still in the political spotlight, which is unfortunate for those of us who have functioning ears. On the upside, the reason people are paying attention to him is because he might be in a whole heap of trouble.

Judicial Watch (a watchdog group) is forcing the IRS to disclose more documents that could relate to the 2015 FOIA request regarding the IRS targeting scandal. 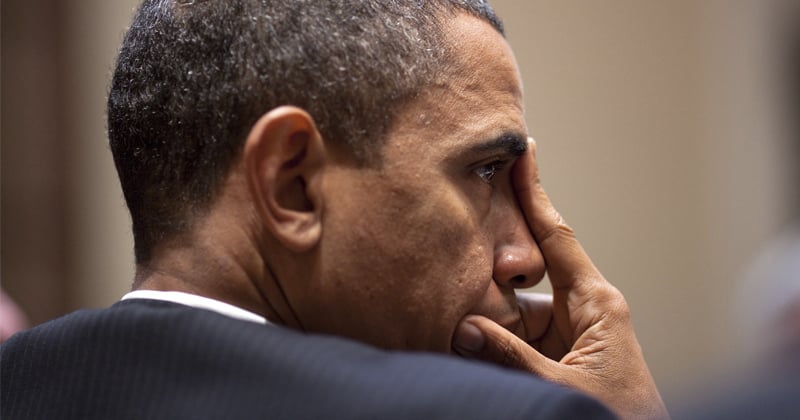 We have no intention to allow the extra-legal activities of former President Obama’s administration to fade into the sunset now that he is out of office. Particularly egregious was his use of the might of the Internal Revenue Service (IRS) to target groups that disagreed with his political views.

And heel-dragging at the IRS continues.

Last week, Judicial Watch reported that the agency informed the U.S. District Court that it located “an additional 6,924 documents of potentially responsive records” relating to our 2015 Freedom of Information Act (FOIA) lawsuit regarding the Obama IRS targeting scandal.

The lawsuit at issue sought records about the IRS selection of individuals and organizations for audits based upon applications requesting non-profit tax status filed by Tea Party and other 501(c)(4) tax-exempt organizations (Judicial Watch v. Internal Revenue Service (No. 1:15-cv-00220)).

These newly identified records are presumably not the records contained in the so-called “Congressional Database,” which the IRS created in 2013 to house records responsive to congressional inquiries into the IRS scandal.

The IRS informed JW Monday that it is producing an additional 694 pages of documents and expects to produce an additional batch by March 24, 2017.  However, at this time, the IRS still has not provided an estimate regarding when it will complete its review of the potentially responsive documents.

The corruption at the IRS is astounding. Our attorneys knew that there were more records to be searched, but the Obama IRS ignored this issue for years.

Grab the popcorn, because this is going to be an interesting four years.

I’m looking forward to seeing Obama being forced to answer for his questionable activities as President. Let’s hope that both Judicial Watch AND President Trump can make that happen. America needs that closure.