Another winner of a candidate[1] for the Supreme Court is on Obama’s short list. This one’s a whopper. This is a judge who defended a child predator by allegedly making a misleading argument. If they are evil, Obama loves them. The defendant was charged with child pornography but Judge Jane Kelly concluded that he wasn’t a ‘threat to society’. Do tell. She got this scum a plea deal and while he was incarcerated, they found the body of a five year-old that he stabbed to death and threw in a river. No threat there… none at all. 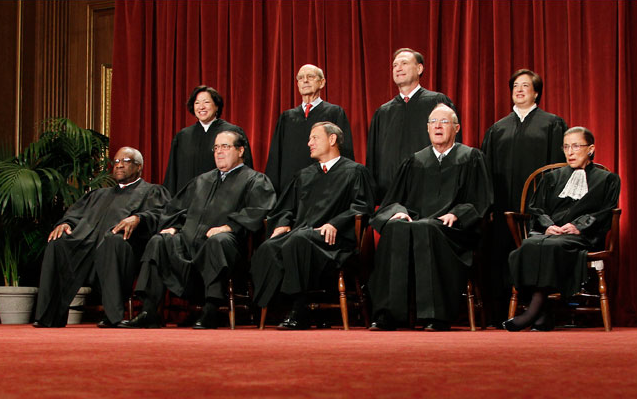 President Barack Obama has already begun to interview potential nominees for the Supreme Court — which includes a judge with a controversial past of defending a child predator by allegedly making a misleading argument.

Obama has begun talking to five judges who were confirmed to federal courts in recent years with bipartisan votes, National Public Radio reported[3]. One of those contenders is Judge Jane Kelly of the U.S. Eighth Circuit Court of Appeals in St. Louis. She previously served as a federal public defender in Iowa, the home state of Senate Judiciary Chairman Charles Grassley, a Republican who has vowed to block any Obama nominee to fill the vacancy left by the death of Justice Antonin Scalia.

As a public defender, Kelly represented Casey Frederiksen, who had been charged with child pornography in 2005 and had a prior record. Kelly reportedly[4] “argued her client was not a threat to society.” After she secured a plea deal for her client and while he was serving out his sentence, Frederikson was convicted of murder for stabbing 5-year-old Evelyn Miller[5] and dumping her body in the river.

“During her career as a public defender she made dangerous and false statements in saying her client was not a threat to society,” said Carrie Severino, chief counsel for the Judicial Crisis Network. Frederiksen committed the heinous murder three months before Kelly argued that he was not a threat. Kelly arranged the plea deal where Frederiksen would serve a 14-year sentence. However, while serving that sentence, investigators found thousands of images of children stored on his computer as part of the murder investigation. He was sentenced to life in prison for the murder. The guy should have been put to death. Obama nominated Kelly to the federal judgeship in January 2013 after she had served as an assistant federal public defender in the Northern District of Iowa since 1994. She is a graduate of Harvard Law and once taught at the University of Illinois College of Law. She’s just his kind of judge.