Under Obama’s Watch – Look What Has Happened to Our Schoolchildren!

There are a lot of things that have been destroyed thanks to Obama, but children aren’t usually the focus of conversation — but maybe they should be. Under Obama’s reign, the number of homeless schoolchildren has skyrocketed. 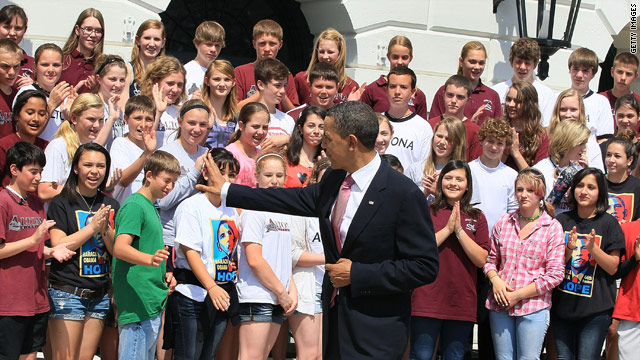 As reported by CNSNews, “The number of homeless students is steadily rising in this country, up 38.44 percent since the 2009-10 school year, based on data submitted by state and local education agencies, including those in the District of Columbia and Puerto Rico.

The U.S. Education Department says 1,301,239 homeless students were enrolled in the nation’s public schools in the 2013-14 school year, the most recent year for which numbers are available.

The greatest growth in the most recent school year was seen in preschool-aged children and ninth grade students.

However, there’s another disturbing fact hidden in these numbers.

The nation’s public schools (including D.C. and Puerto Rico) are required by law to provide all children with equal access to education at the elementary and secondary levels, regardless of their immigration status, but the Education Department does not categorize homeless students based on whether they are in the country legally or illegally.

However, high-immigration states such as California, New York and Texas have the largest numbers of homeless students, while Wyoming, Vermont and South Dakota have some of the lowest numbers, based on data compiled for the Education Department by the National Center for Homeless Education.

Notably, Tennessee’s population of homeless students more than doubled year-to-year in 2013-14, increasing 107.15 percent to 29,663 — the largest percentage increase of all the states. As President Obama noted in December 2014, “Nashville’s got one of the fastest-growing immigrant populations in the country.”

On the opposite end of the scale, Alabama recorded a 35 percent year-to-year drop in homeless students in 2013-14 (to 19,266). In 2011, Alabama passed one of the strictest immigration laws in the country. Although HB 56 was largely rejected by the courts, it reportedly accounted for an exodus of illegal aliens.

The number of homeless children should be zero, but the first thing we need to do is close our borders, stem illegal immigration and stop providing so many incentives for people to come here illegally and remain.

So by welcoming so many illegal immigrants, Obama — far from setting these people up for success — is herding them into a situation where children have to be homeless. So how compassionate is illegal immigration, really?