Interesting. Polls range from 50% to 80% saying Americans do not want to military strikes on Syria. And 80%[1] want Congressional approval. Yet, Mr. Obama has stated that he’s not going to bother with more than a few meetings and briefings, nothing heavy nor involved, nor is he going to seek a vote, like PM David Cameron attempted (and lost) in Britain. Nor is he really going to bother with the United Nations. Obviously, this means that the problem here is not Obama’s go it alone, unilateral, “I’m doing what I want to do” attitude, but Someone Else. 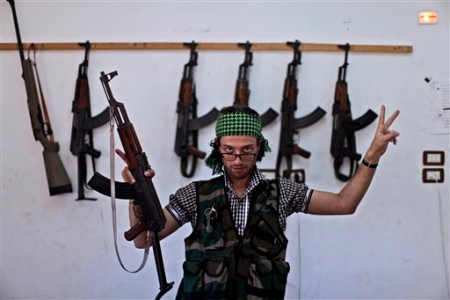 As President Obama moves toward unilateral military action in response to a chemical weapons attack in Syria that killed more than 1,400 people, he is doing so without legal justification and without the backing of two key institutions, Congress and the United Nations Security Council. Both have abdicated their roles in dealing with this crisis.

Except hundreds[4] of Congressional members have stated that Obama should seek Congressional approval. A bipartisan[5] coalition. It’s Mr. Obama’s job to seek that approval, and he’s already stated he doesn’t want a vote. I wonder what the NY Times editorial board would write if the House came back and voted against any action in Syria? Obama’s the one who ran his mouth, and I doubt if he’d even get many Democrats to support strikes.

But, then the editorial goes off the rails. I wonder if there were two sets of people writing it. The editorial notes that the admin has only pushed a “moral rationale” for strikes (say, what about all those being killed in Darfur? Or the thousands of Christians being slaughtered in Egypt?)

But no administration official has formally asserted a legal basis – absent a vote of Congress or the Security Council – for military strikes.

We’re still waiting for exactly why this affects U.S. national security. Apparently, so is Obama, since he still hasn’t made up his mind[6]. Perhaps he’s still trying to find a way to Blame Republicans in the event things go tits up during the strikes or afterwards because of the strikes.

Congress spends a lot of time jealously guarding its powers, especially when it comes to Republicans thwarting Mr. Obama’s agenda. But apart from complaining, asking questions and getting briefed by administration officials, most senators and representatives seem content to leave this exceedingly difficult decision to President Obama. They should have returned to Washington from summer vacation to debate and vote on the Syria issue. Prime Minister David Cameron of Britain suffered a defeat when Parliament on Thursday voted to oppose involvement in a military operation, but at least the British lawmakers had to step up and take a stand.

Cameron called them for a vote. And the Times seems to want to Blame Republicans, while forgetting that the Senate is controlled by Democrats. Harry Reid is in no hurry to bring the Senate back.

Of course, Mr. Obama has not asked Congress to authorize military action. He brushed off this responsibility, required under the War Powers Resolution, when he used military force in the Libya operation, but in that case he did have Security Council approval.

Um, wait, so the entire premise of the story, that Congress and the UN (notice that the article barely mentions the UN to this point, they do briefly mention it in a following paragraph) are MIA, is bunk, because Obama is blowing off Congress (and the UN), and going all Imperial President? Hmph. How about that?

Mr. Obama’s approach on Syria now seems wholly at odds with the strong position he took in 2007 when, as a candidate for president, he told The Boston Globe: “The president does not have power under the Constitution to unilaterally authorize a military attack in a situation that does not involve stopping an actual or imminent threat to the nation.”

But, you know, Congress is a bunch of meanies who might not endorse this military action which would write a check for Obama’s “red lines” mouth.

Not only is Mr. Obama lacking the Security Council’s support, he has not obtained the backing of other organizations that could provide international legitimacy, such as NATO. In Libya in 2011, the Arab League supported the NATO air campaign, but it has not requested American military action in Syria, even though it publicly blamed Mr. Assad for the attack and called for accountability.

Nor has Mr. Obama bothered asking.

Mr. Obama’s ability to muster broad backing for immediate action was harmed by the British vote, leaving only France promising cooperation. Even in the best of circumstances, military action could go wrong in so many ways; the lack of strong domestic and international support will make it even more difficult.

I guess it’s also the Brit’s fault. Despite Obama not bothering to reach out and build any sort of coalition. Like most things, I suspect that Obama just expected to give a speech, make a pronouncement, and things would fall in place with everyone joining up. Funny how things work differently in the Real World, as opposed to Community Organizer World.