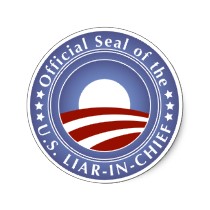 [1]White House spokesman Jay Carney dismissed Donald Trump’s position that should today’s Oval Office occupant keeps insisting Mitt Romney release his tax returns; Romney demand that barry soetoro, barrack hussein obama, or whatever his name is first make his college records public information.:  Rather than address the issue at hand, the administration consciously chose to launch into an Alinsky style personal attack on Trump.:  Carney called the suggestion “preposterous”, dismissing Trump as “The guy who insisted that he didn’t believe the president was born in the United States”.

Never mind that the current White House occupant signed an Executive Order hiding every last one of his personal documents from public view on his first day in office.:  For “the most transparent administration in history”, transparency is meant for everyone else, not themselves.

In typical “progressive” do as I say, not as I do fashion, the White House has launched repeated attacks on the presumptive GOP presidential nominee over questions about the timing of his departure from private equity firm Bain Capital.:  One re-election campaign spokeswoman suggested that Romney possibly committed a felony. : The White House and fellow “progressive” Democrats keep insisting that companies filed for bankruptcy or shipped jobs overseas under Romney’s Bain leadership and that he only wants to help fellow millionaires, not working people.:  Romney has maintained he is not responsible for many of those decisions because they took place after he took a leave of absence in February 1999 to oversee the 2002 Salt Lake City Olympic Winter Games.:  According to recently released documents, regulatory filings show that Romney was still in charge of Bain through 2002. : However, Bain officials, including Democrats, say that he was not involved with the company’s day-to-day operations during that time.

The White House and other “progressives” within the Democratic Party are also criticizing Romney for setting up offshore bank accounts and refusing to release additional information concerning his personal fortune, estimated to be as much as $250 million. 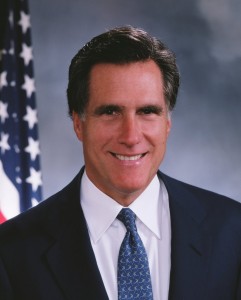 [3]“John McCain ran for president and released two years of tax returns. John Kerry ran for president, and his wife, who has hundreds of millions of dollars, she never released her tax returns. Somehow this wasn’t an issue.:  The Obama people keep on wanting more and more and more, more things to pick through, more things for their opposition research to try and make a mountain out of and distort and to be dishonest about.” Romney countered in a television interview.

“progressives” keep insisting that Romney’s “secrecy” goes to the “trust factor”.:  When it comes to secrecy and the trust factor, how on earth can policy wonks who insist on hiding the Oval Office occupant’s entire past claim even a glimpse of, much less a hold on the moral high ground?:  Despite their horrendously duplicitous nature, “progressives” need to learn that trust must be a two way street.

Why was the “affordable care act” passed without Congress reading it first?

Why weren’t the New Black Panthers prosecuted for voter intimidation that was clearly documented?

Why did the NLRB sue Boeing?

Why has the administration stifled the production of cheap energy through EPA regulations and denial of permits?

Why has the administration abandoned national border security while suing States attempting to enforce federal law and granting blanket protection from prosecution for breaking immigration laws to millions of illegal aliens?

Why is the administration suing States that passed Voter ID laws intended solely to protect the integrity of America’s voting process?

Why has the counting of American votes in the November 2012 election been outsourced to a Spanish company?

Why does the White House continue insisting that average everyday Americans are not being taxed by the “affordable care act” when enforcement of the “penalty” falls to the IRS?

Why did so many millions of taxpayer dollars go to “green energy” companies whose executives “just happened” to have been big time “progressive” bundlers for the 2008 Democratic presidential campaign?

Where is the justification for using Executive Privilege to hide the truth about Operation Fast and Furious which resulted in the murder of American Border Patrol Agent Brian Terry?

The White House calling for transparency from the Mitt Romney campaign would be perfectly fine were they practicing what they preach.:  They are not.:  “The most transparent administration in history” has practiced anything but transparency.:  Until they do, they should be prepared to take their lumps.