The media would have you believe that Democrats so loved Barack Obama that they would have willingly given him a third term if it were possible. While that may be true of people like your left-leaning neighbor, leaked emails reveal that Democratic politicians didn’t think so highly of him.

In fact, they believed he was quite oblivious and out of touch. 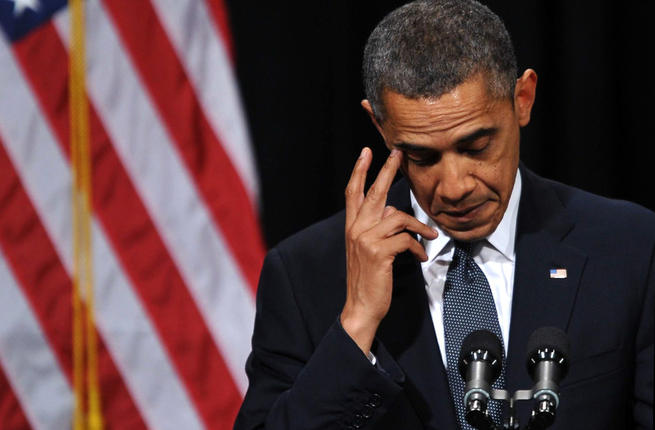 As the Daily Beast[3] reported:

“This is some GRADE A Bulls**t right here,” Stephen Handwerk, executive director of the Louisiana Democratic Party, wrote in a private Democratic-listserv email obtained by The Daily Beast. Handwerk was reacting to news of OFA’s post-election retooling, which was shared “without comment” to the group of state-level Dems by Crystal Kay Perkins, executive director for Texas Democrats.

“It also to me seems TONE DEAF—we have lost over 1,000 seats in the past 8 years…all because of this crap,” Handwerk continued. “Let’s get through the next two weeks—but then we gotta figure this out and keep the pressure on. WOW.”

Others on the thread shared these sentiments.

“Yes, it sure is,” Katie Mae Simpson, executive director for the Maine Democratic Party, replied. “OFA showed up in Maine, organized a press conference on saving [Obamacare], with one of our Dem legislative leaders speaking, all without ever mentioning that they were in state and organizing. They hired someone I know, which is somewhat helpful, but my god, they don’t have a very good alliance-building process.”

Such grievances, though expressed privately, are nothing new among state Democratic Party leadership.

“[With] all due respect to President Obama, OFA was created as a shadow party because Obama operatives had no faith in state parties,” Nebraska Democratic Party Chair Jane Kleeb told[4] Politico last week.

Some members of the DNC are expressing concern that the OFA risks diverting fundraising away from the Party and towards what will be Obama’s political base. Two Democrat operatives that the Daily Beast reached out to for comment referred to OFA as “the Devil.”

It appears the the Democrats are much more internally divided than we may have originally thought. Is it possible that Obama doesn’t hold as much political sway as we think?