Oprah and Jay-Z Got Theirs

It cannot be skin color alone. There has to be something else to rich, successful, driven, intelligent, persistent, strong, never-take-no for an answer folks like Oprah and Jay-Z to be so fierce, so unwavering and yet so compromising in their support for Barack Obama. 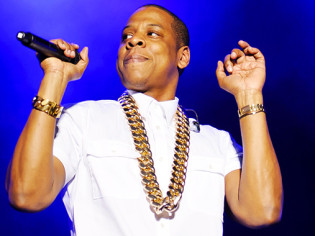 [1]It’s almost as if they’re traumatized by what is going on with the disasterous results of Barack Obama’s time in office. Make no mistake, these are not stupid or ignorant people — it takes more than luck, god-given talent or timing. When you look at what they’ve accomplished from where they started, it cannot be denied, these are a couple of really, really smart and savvy people.

When we talk about racism in America, let’s be honest — we’re talking about black and white, with Civil Rights, Jim Crow, the Klan and slavery in the background. So for the moment, I’d like to ignore everybody else — sorry. I’m not black myself, but I can see throwing my support behind Barack Obama in 2008 based solely on skin color — it being such a source of pride for everyone. It was an act of pure optimism for whites and blacks who voted for him to show that America is always looking to improve itself and perhaps having the first black President would put some of the hard feelings behind us and have a really positive affect on race relations. Whoops.

Sadly, we couldn’t have elected a more divisive, arrogant, dishonest ingrate if we tried.

Take for instance something that was unthinkable before the age of hope and change: Black teen unemployment is at 48%. When you ponder that, think for a moment how a white person would feel about a white president if white teen unemployment was at 48%. I know white folks have had a lot more presidents with the same skin color, and more experience with abject incompetence **cough Jimmy Carter *cough cough** — but 48%? Almost half the white teenagers in this country are out of work? Yo, Jay-Z, Oprah — we’d be driving our tractors to Washington and it wouldn’t be to till the Rose Garden, trust me.

Since you’re going to call me a racist anyway (that’s the fashion today when an Obama supporter is confronted with those pesky numbers or facts), I’ll go ahead and make a sports analogy: What if a guy was hired to manage a baseball team and five years later that team went from third place to dead last, had just lost 40 games in a row and the new manager blamed the manager from five years ago? You’d shrug your shoulders, fire the guy, ride your bike home from Wrigley and say we’ll get ‘em next year. And I don’t care if every sportswriter in America wrote in their columns the next day that this was the greatest, smartest, most articulate, clean manager with no negro dialect in the history of baseball — you can see with your own eyes that your team is in last place and you just lost 40 games in a row, can’t you? Are you frickin’ blind, Oprah and Jay-Z?

This is why I’m postulating that there has to be something other than skin color going on here. In the face of incontrovertible evidence that the policies of Barack Obama are absolutely devastating blacks in America, it’s confusing. If he’s your guy, I can see maybe lying low for a while, but Jay-Z is all over the place bitching about the growing problem of income inequality? Isn’t that a little like Kim Kardashian saying television ain’t what it used to be? Jay-Z is rich beyond one’s imagination, and he didn’t get there because he’s just some idiot who jumped on the hip-hop wagon at just the right moment. This guy is a genius when it comes to business management and marketing as well as his success on the music side. Hey why don’t you try opening up a business sometime? Jay-Z’s probably got twenty of them and he’s worth 100’s of millions. He didn’t go to Harvard or move up due to some racial quota — he just took the Hard Knock Life to heart and never let anyone stand in his way. Okay, he maybe had to stab a guy once, but who hasn’t? Anyway, that’s not the point. 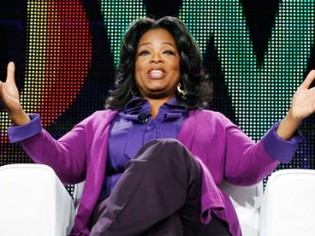 [2]If Oprah was president my guess is her priority would be to get black folks working and prospering, and that is not President Obama’s first thought when he wakes up. In fact, this cat doesn’t care about blacks young or old — that’s right I said it (in my best Mark Levin voice). Barack Obama does not give a flying fart about his fellow blacks or he’d be focusing on crime in Chicago, unemployment in Oakland and despair in Atlanta instead of some rodeo clown wherever the hell that was and I don’t care so don’t write me. President Obama does not care about jobs, the poor or anything else he’s been lying about. He wants to fundamentally transform America and helping black teens get a job would mean doing something to stimulate small business — and in case you’ve been asleep — that’s the opposite of what Obamanomics is all about.

I’m beginning to think Oprah and Jay-Z don’t care much about blacks either. After all, they got theirs.

These are two pretty unique people — why let anyone else backstage at the Richie-rich club? You got your Obama phone, your food stamps and your crappy TV at home and you damn sure have plenty of time to watch it, so tune in to the Oprah Show or check out the White House special where Jay-Z is performing with his lovely wife. He’s rich you know, and he cares about income inequality. Oh, and that Oprah, she’s over there in Switzerland being oppressed just like us on the Southside getting shot at every night, which could never be the Mayor’s fault because he’s one of us! Vote for Obama and you can grow up to be just like Oprah and Jay-Z because food stamps, class-envy and socialism is exactly how they made it big.

Bullshit. I care more about black teens than anybody who would support the horrendous Obama policies that keep blacks poor, miserable and dependent on handouts. And that’s a fact.

Wait, while you’re in between sips, let me call myself a racist and beat you to it.

This post was used with permission of Joe for America[3].