Americans are told constantly that it’s their civic duty to get out and vote, but that’s a lie — really, the only people who should be voting are the people who are informed and knowledgeable and take the time to understand who and what they’re voting for. Yet Obama is now floating the idea of mandatory voting, and =the hosts of ‘Outnumbered’ completely demolished that idea when it was discussed this week. 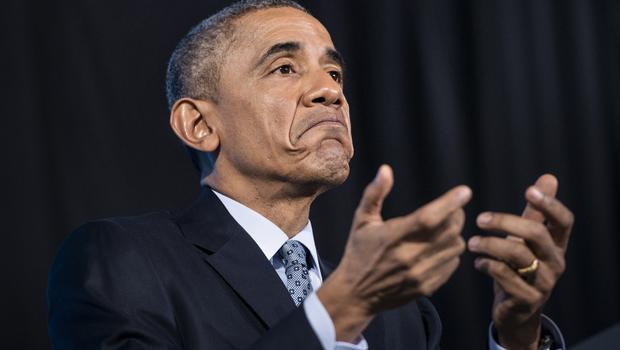 “I love the idea where he says [mandatory voting] would counteract money? Where do you get that from? If everybody’s out there voting and they’re not engaged enough to actually read – then money would play an even bigger role,” co-host Melissa Francis said.

She countered Obama’s position that mandatory voting would take “big money” out of the electoral process and she stated the obvious – more money would be spent out of desperation and “barrage those barely engaged” because they would now be forced to cast a ballot.

“I mean if you’re not engaged enough to vote – please don’t,” Francis said.

Liberal co-host Kirsten Powers agreed that it’s not a good idea to vote for people and issues you are uninformed about. Because the bottom line is this – a vote can be forced, but knowledge cannot.

To that point, Andrea Tantaros alluded to the consistent nightly TV appearances of uninformed Americans interviewed on the streets and highlighted on late night news and talk shows. Their ignorance is comic relief.

“Do we really want everybody voting? I don’t think so,” she said.

Everyone should be given the opportunity and ability to vote, but people who are uninformed should not be forced to go to the polls. But then, more uninformed voters equals more Democrats, which is exactly why Obama is such a fan of the idea.