OUTRAGE: Here’s What Obama Was Doing During the Horrific Berlin Attack

Just horrifically disgraceful.[1] Yesterday, two Jihadists drove a truck into an outdoor German Christmas market. They killed 12 people and wounded 50 more by crushing them to death with a truck. The accomplice was killed at the scene… the other killer was captured later. ISIS took credit[2] for the attack and the terrorist in custody[3] is a refugee from either Pakistan or Afghanistan. Where was Obama as this was going down? Why, on a golf course in Hawaii of course… even after he was notified of the attack, he kept on playing.

Then, an ambassador to Turkey from Russia was assassinated in Turkey yesterday. The blatant, vicious murder[4] of Andrei Karlov, Russia’s Ambassador to Turkey, was everywhere yesterday after he was gunned down on camera while visiting an art gallery by Turkish riot policeman Mevlut Mert Altintas. He was yelling Allahu Akbar! Altintas was shot and killed at the scene. Another Russian diplomat died hours later in Moscow from a gunshot wound to the head… that is being investigated as well. Again… where was Obama? Teeing off, even though he was surely apprised of these incidents. Erdogan is blaming exile Gulen in the US for the assassination. Russia is saying it was a NATO plot. The killer said it was for Aleppo. I might remind everyone that the assassination of Archduke Ferdinand sparked World War I. But Obama just kept on playing. 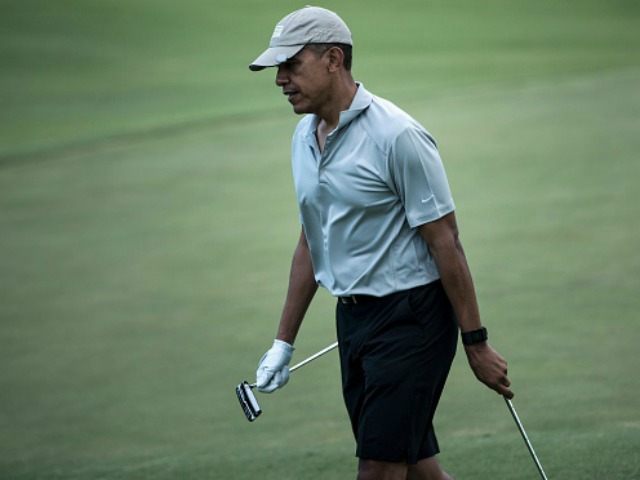 An assassination in Turkey and suspected terrorist attack in Berlin haven’t stopped Barack Obama from golfing while he is on vacation in Hawaii.

According to a White House pool report, the president left his vacation home in Kailua Monday morning to play a round of golf under cloudy skies at the Mid-Pacific Country Club.

Meanwhile, a lone Turkish gunman assassinated Russia’s ambassador to Turkey at an art exhibit in Ankara and shouted “Don’t forget Syria!” and “Don’t forget Aleppo!” afterwards. The gunman was later killed by officers during a shootout.

At least nine people are dead and more than 50 are injured after a truck driver plowed into a Christmas market in a public square in Berlin, Germany.

The president was joined on the links by Bobby Titcomb, Greg Orme and Joe Paulsen, the pool noted.

“This morning the President was briefed by his National Security Team on the assassination of the Russian Ambassador to Turkey in Ankara today,” Principal Deputy Press Secretary Eric Schultz said in a statement. “The President directed his team to provide updates as warranted.”

This is how Barack Obama has failed to lead from the very beginning. He just can’t be bothered to care. Enemy or not, Russia losing an ambassador this way is a huge deal and Obama should have been on the phone with Putin AND Erdogan immediately. But no… he just wanted periodic updates. Gee, it’s so reminiscent of Benghazi.

I guarantee you that President-elect Donald Trump will not behave like this. Neither will his Cabinet. The days of a non-leader in America who is more likely to be on the ninth hole than in the White House are over. The adults have arrived. Hopefully, not for the beginning of World War III. 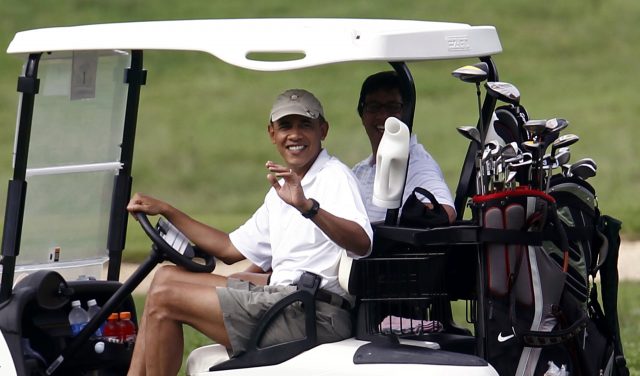