Outrage After Michelle Obama Does THIS at the White House

Have the Obamas[1] no shame? It’s as if they genuinely don’t care what the American people think of them! 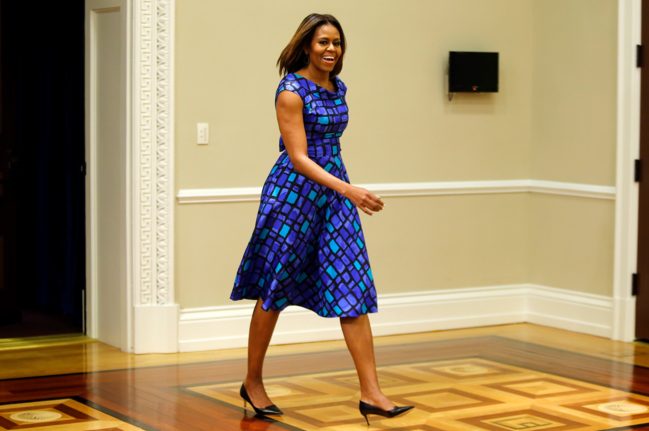 The Obama Administration has often been accused of capitulating to hostile foreign states and, in particular, has drawn a great deal of criticism over its actions towards Iran.

Now, for the second year in a row, the White House has hosted a Nowruz festival, honoring the Iranian New Year. The stated purpose of the festival is to help Americans remember that diversity plays an important role in our country, especially during a time of such “hateful rhetoric.”

“When Barack and I first got here, we committed to opening this place up to as many people from as many different backgrounds as possible — especially folks who have never been through these doors before,” said First Lady Michelle Obama. “We think America is strongest when we recognize our many traditions, when we celebrate our diversity, and we lift each other up.”

She continued, “Right now when we are hearing so much disturbing and hateful rhetoric, it is so important to remember that our diversity has been and will always be our greatest source of strength and pride here in the United States.”

“We are a nation of immigrants and we should cherish the talent and energy and the beautiful traditions and cultures that come with that heritage,” she said, concluding her remarks.

Nowruz is celebrated across the Middle East as well as in parts of Asia and Eastern Europe, marking the Persian New Year and the first day of spring. Persian dancers and Persian cuisine was featured at the White House event.

I’d say this is unbelievable, but really, it’s par for the course.