Marxism is so very popular[1] among Democrats. Obama’s approval rating among the faithful is a whopping 80%. Bill Clinton’s just before his departure was 60%. Something tells me these numbers are sheer propaganda, but there you have them. Evidently the majority of Dems would also like to see the election cancelled altogether and for Obama to serve a third term. Hell, they’d probably want him permanently… say it with me… ‘dictator’. If it just weren’t for that pesky 22nd Amendment of the Constitution: “No person shall be elected to the office of the President more than twice, and no person who has held the office of President, or acted as President, for more than two years of a term to which some other person was elected President shall be elected to the office of the President more than once.” That’s pretty clear, unless of course you are a power-hungry Marxist with no morals or ethics. Barack Obama anyone? 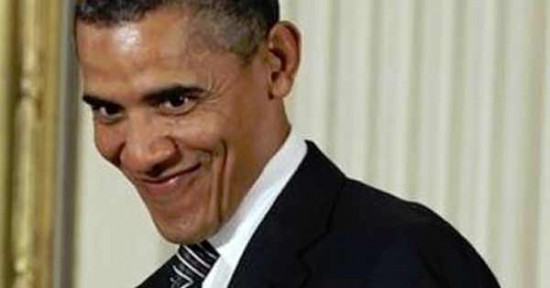 A strong majority of Democrats would cancel the 2016 presidential election between Hillary Clinton and Donald Trump if it meant President Obama could serve another term, a new poll found.

Data provided to The Hill by the conservative polling outlet WPA Research found that 67 percent of Democrats would take a third term for Obama over a potential Clinton administration.

Only 28 percent said they’re ready to move on from the Obama White House, while 6 percent are undecided.

Obama is enjoying a surprisingly strong approval rating for a president serving out the final months of his second term.

A Washington Post-ABC News survey released this week found Obama’s net approval rating approaching 80 points in positive territory among Democrats. Former President Bill Clinton was at about 60 points positive within his own party at this point in 2000, while former President George W. Bush was under 40 with Republicans.

A Gallup survey[3] from April found Clinton’s net approval rating among Democrats is hitting a new low. She had a 63-point net positive approval rating last November. That plummeted to only 36 points in April. “The results should give pause to the Hillary Clinton campaign as Democratic respondents clearly prefer the status quo to a Clinton presidency,” a memo from WPA said. Clinton is looking to unite Democrats behind her campaign after a bitterly fought primary against Bernie Sanders. There was good news for Clinton on this front in The Washington Post survey released this week, which found Sanders supporters moving quickly behind Clinton over Trump. But that does not translate into good news for America… both candidates suck. Sorry, that’s just the truth. Trump is just as unpopular if not more on the right. If Barry thought he had a chance to go a third term, I’m sure he would. But short of a monstrous calamity occurring to suspend the elections, he’s on his way out to the UN or wherever good little Marxists go.